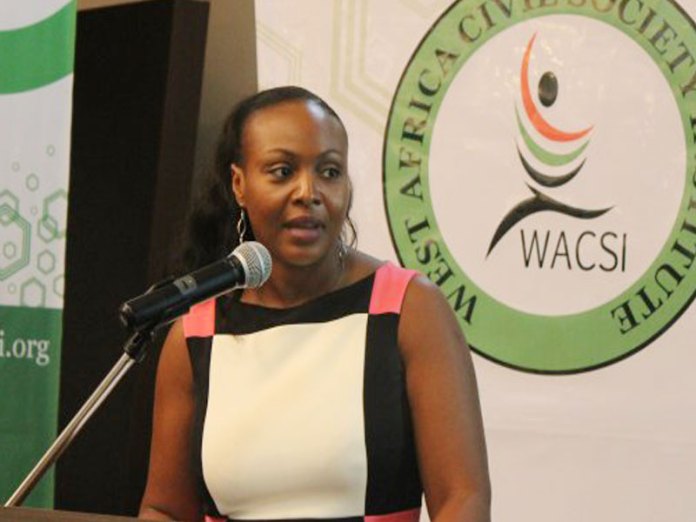 The West Africa Civil Society Institute (WACSI)‎ has lamented that the foreign aid culture has left many African countries more debt-laden, inflation prone and more vulnerable to the vagaries of the currency markets and more unattractive to higher quality investment.

The Institute’s Executive‎ Director, Ms. Nana Afadzinu made this known in Abuja at the recent 2nd West Africa Civil Policy Dialogue Series, 2016 (WAC-PoDiS) with the theme ‘Financing our Development: Strategies for Domestic Resource Mobilisation for Agenda 2030 in West Africa and the Role of Civil Society’.

Afadzinu noted that foreign aid has also restricted the policy space of many developing countries due to existence‎ of ‘tied aid’ which dictates what a designated piece of funding should be used for, with minimal control by the recipient country.

‎According to her, “in most cases, the restriction is extended to procurement processes with donors dictating where goods and services should be acquired in carrying out a given project, a lot of which sees contracts given to donor country companies to the disadvantage of local goods and services.”

Afadzinu‎ stressed that the current development landscape and the dwindling desire by developed countries to assist developing countries one in form of development aid or the other had made the need for domestic financial resources even more crucial.

She stated: “it is evident that there is need for a mobilisation ‎of resources to move the vision of Sustainable Development Goals (SDGs) beyond rhetoric to reality. This is even more evident in recent times where there is a constant decline in aid and other support for Africa’s development.

“Domestic resource mobilisation has proven to solidify ownership over the development strategy and to strengthen the bonds of accountability between governments and their citizens. This is because locally raised funds give a government full control of designing development programmes and strategies based on the real needs of the people without any influence by external forces.

“The citizenry is also likely to hold its government accountable for the use ‎of the taxes paid in providing the necessary services for the country,” she noted.

Afadzinu‎ emphasised that governments that rely heavily on foreign aid are less inclined to raise local taxes and therefore pay less attention to the demands of their citizens.

The Executive‎ Director noted that in this regard there was more to be said for promoting domestic resource mobilisation as against sourcing funds from external donors.

On his part, the Deputy Director, McArthur Foundation, Mr. Oladayo‎ Olaide said government spending would be the most important source of domestic resource for the SDGs in many parts of West Africa, adding that from the MDGs experience, government spending was more reliable than aid.

He explained that in order to mobilise resources locally, West African countries must block leakages ‎in government revenues through system strengthening and automation of revenue collection system, tax reform to improve computation and collection and review and reform of tax exemptions and concessions.

To help realise the new 17 SDGs on or before the deadline year of 2030, the private sector has been tipped as a major stakeholder in the process, with its huge funds and efficiency identified as vital ingredients for development across the globe.