The profit of Flour Mills Nigeria Plc dropped by over 61 per cent for the nine-month ending December 31, 2016.

Its revenue stood at N389.943bn compared to N263.579bn recorded in 2015, according to its filings at the Nigerian Stock Exchange on Tuesday.

Meanwhile, the Nigerian equity market closed lower on Tuesday as the NSE market capitalisation dropped to N8.972tn from N9.020tn.

The consumer goods sector was the chief laggard following declines across stocks like Nestle Nigeria Plc, Nigerian Breweries Plc and PZ Cussons Nigeria Plc, which depreciated by 3.07 per cent, 1.55 per cent and 4.98 per cent, respectively.

The banking sector maintained its losing streak as the United Bank for Africa Plc, Zenith Bank Plc and Guaranty Trust Bank Plc’s shares dropped by 4.22 per cent, 1.26 per cent and 1.13 per cent, respectively.

CBN to Make Forex Available for PTA, School Fees, Others 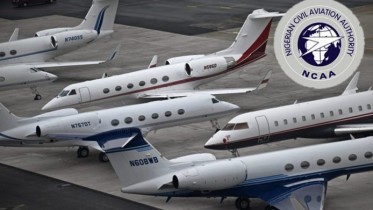 NCAA Records N15bn Revenue from Ticket Sales The Nigeria Civil Aviation Authority said it recorded about N15.27bn revenue through its Ticket Sales Charge from both…