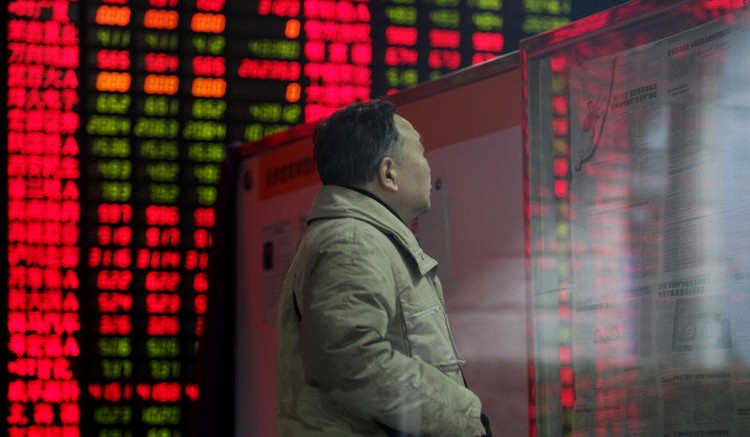 A customer looks at a newspaper article displayed on a white board in front of an electronics stock board at a security firm in Shanghai.

A measure of calm returned to markets on Wednesday, as investors started to reassess the risks surrounding a series of key events this week. Bank stocks powered equity gains after a troubled Spanish lender was rescued.

Traditional haven assets steadied after yesterday’s jump, with gold and Treasuries edging lower and the yen tempering an advance. European equities headed for the first advance in three days as banks surged. Banco Santander SA agreed to buy Banco Popular Espanol SA for a nominal 1 euro ($1.13) after European regulators determined that the troubled lender was likely to fail. Oil slipped as U.S. data showed a large expansion in gasoline stockpiles, offsetting the bullish influence of another decline in crude inventories.

While the risk-off mood has abated, traders still seem reluctant to add any big positions ahead of Thursday, when the ECB will make its June policy decision, the U.K. will go to the polls and former FBI Director James Comey appears before the U.S. Senate. The purchase of Popular at least offered a distraction, and signaled that Europe has made progress in ensuring the strength and stability of its financial sector.

Here are some of the key upcoming events:

Be the first to comment on "Flight to Havens Eases; Bank Rescue Spurs Equities" 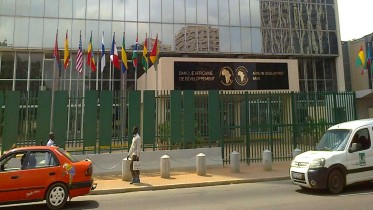 AfDB, ISA Boost Africa’s Solar Development In a major boost for its Light Up and Power Africa initiative, the African Development Bank has entered into…