A team from the Enforcement Department of the Federal Inland Revenue Service on Wednesday continued its shutdown of tax defaulting firms across the country.

The enforcement team led by Ruth Mandeun said three companies, shortly after they were sealed, went and cleared their arrears, while six others were still under seal as of close of operation on Wednesday.

Mandeun restated the commitment of the FIRS led by Tunde Fowler to recover all tax arrears from defaulters.

She decried the hostile attitude of some firms towards members of the task force during the enforcement exercise.

Mandeun expressed sadness that one man who claimed to be a magistrate obstructed the team’s operation at one of the places visited and tried to incite the crowd against members of the team, wondering why an acclaimed magistrate would abandon his court to defend a client, adding that such an attitude was unbecoming.

The FIRS had on Tuesday shut Asjay & Company Nigeria Limited, Abuja with alleged tax liability of N10,735,866.26. The FIRS enforcement officer, Umar Bukar Gana, cautioned the firm against tempering with the seal as the manager who was supposed to interface with the officers had absconded.

However, Stanzel Associate Limited located on Plot 104, 3rd Avenue, 11 Estate Gwarinpa, Abuja, with tax liability of N3,163,159.41, could not be located at its stated address. 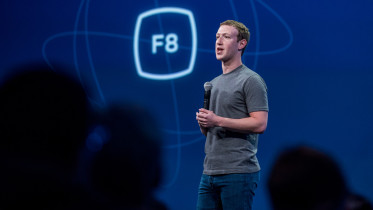 Facebook Beats Sales Estimates in Q1 The world’s largest social media Facebook grew its revenue to record high in the first quarter of the year….