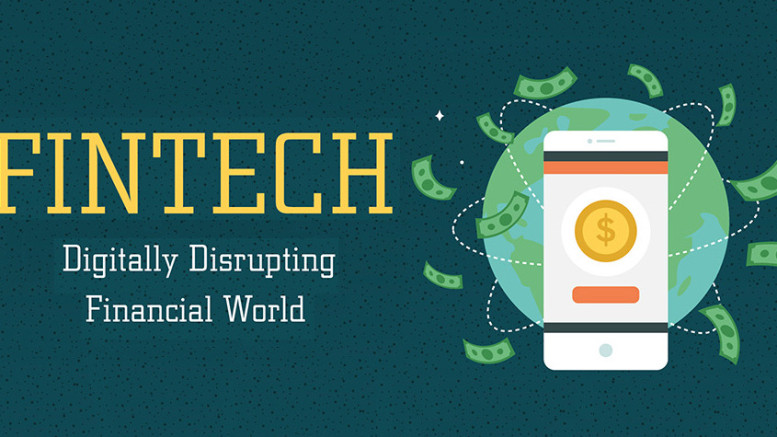 The Chairman, FinTech Associates Limited and a past president of the Chartered Institute of Bankers of Nigeria, Dr. Segun Aina, has spent decades in leadership roles in the banking sector. He tells OYETUNJI ABIOYE about the future of financial technology in Nigeria and the forthcoming National FinTech Conference.

How has your experience in the banking sector led you into what you are doing now in the FinTech space?

I have been somebody who has taken a lot of interest in technology generally, going back to my days as a general manager and later executive director in Ecobank Nigeria. Ecobank was reputed then as a leading bank in technology and we used one of the newest technologies at a time for our banking operations and I was heading the efforts to do that. And of course, when I moved on to become the chief executive officer of Fountain Trust Bank, what we focused on was using technology to drive our business and we were able to create some new products, which included the online result checking for examination candidates, which has now become a thing for everybody. We were the first bank to do it, before we then set up a technology company from the bank to do that. And that company still remains till today, operating both in Nigeria and some parts of Africa. Apart from working in the banking industry to a CEO level, I was at one time President of the Nigerian Chapter of the West Africa Bankers Association and later the regional vice-president of the same association. I later became the President of the Chartered Institute of Bankers of Nigeria. These leadership positions gave me the general overview of what the industry needed.

Rather than talking about the bank I worked, I was looking at the entire industry, the drivers of growth for the entire industry and what would determine the future of the industry; and how Nigerian banks and bankers could plug into what was happening globally and take the leadership role. And that was why, based on my experience as a banking professional with technology experience (somebody who knows how to use technology to enable things,) I decided to establish a company when I left the banking industry. That is FinTech Associates Limited, a company which promotes local technology. That was the time when FinTechs had no meaning to anybody; but today all over the world, FinTech is the watchword. So that means we actually saw the future and we were able to set up the company. And this has created a platform for me to be a key player, not only in Nigeria but even at the international level. I am part of the global FinTech community, and this gave me the opportunity to know what is going on in any part of the world. I have relationship in almost every part of the world. I get invited to events and conferences, whether to speak or to moderate, and that has expanded my own horizon and knowledge; and I am using that to also benefit the entire banking industry and the general economic environment, because everybody is affected by FinTech; not only the financial services industry; every industry is affected. Whatever I am doing now is just part of my own contribution to ensuring that Nigeria and Nigerian industries, students and start-up companies benefit from the future that FinTech offers.

What is the vision behind the establishment of the FinTech Association of Nigeria?

I looked at the FinTech environment in Nigeria and saw that a lot of institutions are doing great things (banks, FinTech hubs, technology hubs, payment system companies, technology companies and even students in the schools). The government and agencies are doing great things as well. But we did not see coordination in terms of what we were doing, and we did not see integration in terms of efforts. Different groups are just coming up to do things. I then saw the need to have a cross-sectoral platform where everybody could talk to each other; where everybody that uses FinTech across the industries can talk to each other and have a common agenda in terms of how we can push FinTech to get the best we can. I consulted with a few leaders in the FinTech industry — some bankers, FinTech companies and people who are well known in the industry for what they are doing — and they supported the idea that we needed an association for financial technology in Nigeria. We saw an association that would not only educate, but also serve as a source of network, advocacy and provide support for government and regulatory authorities. It will also support up and coming entrepreneurs who want to use technology to become businessmen. So it cuts across every sector. We set it up in June 2017 and in the first meeting that we had, I was elected as the President. We have seven members of the Governing Council, including an Associate Professor at the Lagos Business School; the Managing Director of SystemSpecs, Mr. John Obaro; the Managing Director of Proshare, Mr. Femi Awoyemi; the Managing Director of Accion Microfinance Bank, a top management staff of Ecobank, a partner at a law firm and Tunji Eleso of Co-Creation Hub. You can see that these people cuts across several sectors.

So, that was what informed the founding of the association. Even before it was fully established, I made sure I had a handshake with the world by registering it as a member of the Global FinTech Federation, which has opened us up to what is happening in not less than 70 countries across the world.

FinTech Associates, international partners and the CIBN Centre for Financial Studies held the first edition of the National FinTech Conference last April. The success of that conference led to the second edition that is scheduled to begin on Wednesday. What exactly is the focus of this second edition?

Last year, we had a conference in collaboration with the CIBN CFS and our Canadian partners, Digital and Finance Institute. It was very great and was beyond what we expected. And since we said it was going to be an annual event, we fixed the second one for this year and we are now working with another international partner, FinTech Stage. So we are working with them and the CIBN CFS and many other partners, because we believe that a thing like is not for one or two groups in one industry. We are partnering not only the CIBN CFS, but also the Chartered Institute of Stockbrokers, Project Management Institute, Institute of Chartered Accountants of Nigeria and other groups. We get the best from everywhere and with everybody playing their role. So we are expecting this to be much bigger than last year’s. In fact, it is now three days because one day is for pre-conference programme, while the main conference itself is for two days. Already, we have 72 speakers confirmed, compared to 49 last year. Already, we have people who have already registered from 20 countries, and we are expecting a lot more than that. The subjects are now more diversified and focused on real life issues and solution-driven, not just talking theories; because in most conferences, people go there and talk theories and at the end of the day, nothing happens. We have to be able to evaluate what comes out of this, what is in it for everybody; and before the next year’s conference, we want to be able to say some of the things we said would happen had happened, some of the things we are working on, this is where they are. Just like last year, we promised that before the next year, we would have set up the FinTech Association of Nigeria. That has happened and the FinTech Association of Nigeria is now an integral part of this conference and it will continue to be and even play a bigger role in the future.

Are there other things you are doing to position the Nigerian FinTech companies in the global arena?

Yes, indeed. The first step was for us to have the association, which like I said, is for advocacy, knowledge event, hand-holding and coaching of start-ups and to provide a platform for them to display their enterprise and knowledge; we want to support regulators and governments. We have engaged various ministers who are relevant to what we are doing; we have engaged regulators across the board. We have engaged with the National Assembly. They just came back from recess and we are getting some appointments to come and see the various committees and the heads of the National Assembly. That is that for local. We are now moving towards Africa, because we want to make Nigeria the leader of FinTech in Africa. We are the biggest in Africa so why is it that when you talk of technology and FinTech, you hear of South Africa and Kenya before Nigeria? Some time, you even hear of Uganda before Nigeria. If you look at the number of technology hubs in Africa, Nigeria is number five in terms of the numbers. South Africa has the highest technology hubs, almost 60; followed by Egypt, Kenya, Uganda or so and Nigeria is number five with just about 20 something hubs. That is not good enough. We have the need for such things better than those countries. So what we are doing now is that as part of the side events to this conference, (a day before the conference), we have invited FinTech leaders from some selected African countries to form a roundtable of not more than 40 people. We want to tell them what we have done at the FinTech Association of Nigeria, and to collaborate with similar associations in those countries, and where they don’t exist, we encourage them to set it up so that at the level of national FinTech associations, we can be meeting to look at what are the peculiar African problems, how do we get peculiar African solutions, and to look at how do we promote indigenous solutions that come from these countries, so that if a Nigerian develops a product, he will not see it as restricted to Nigeria; if he is thinking of a problem, he is not thinking again only of Nigeria alone. What is the problem that is peculiar in Africa that I can create a solution, which can make me to sell my product, not only in Nigeria but in Africa? How can we create that market access for those products? How can we improve the lives of people all over Africa? If we do this successfully, Nigeria would have positioned itself as Africa’s FinTech leader.

Be the first to comment on "FinTech is The Future of Banking, Other Sectors —Aina" 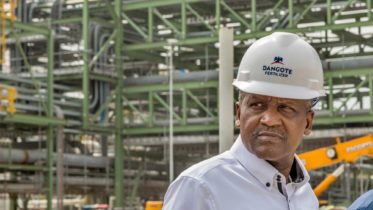 Dangote: One of World’s Greatest Leaders – Fortune Aliko Dangote, the richest black man alive, has just been listed as one of the world’s greatest…