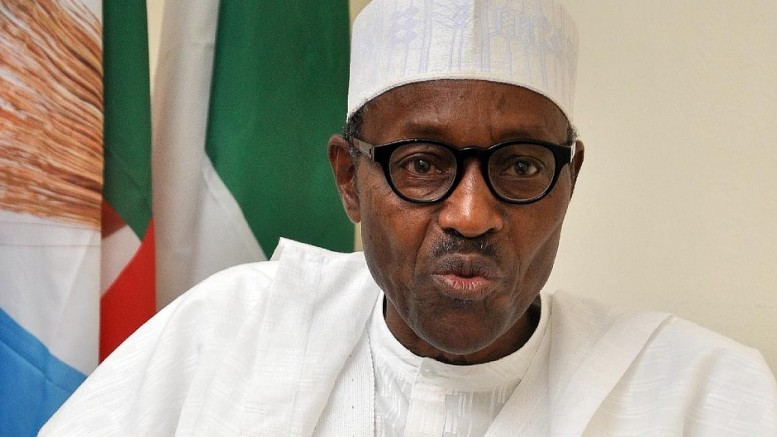 Details of the federal government’s $29.96 billion External Borrowing (Rolling) Plan for 2016-2018 have revealed that 61.2 per cent of the foreign loans have been earmarked for bankable infrastructure projects while social programmes in health and education, the federal government’s budget support facility, agriculture and the Eurobond issue account for the balance.

Also, of the $29.96 billion to be borrowed, the federal government will take up 86.3 per cent of total borrowings, or $25.8 billion, while the 36 states of the federation and the Federal Capital Territory (FCT) will account for the balance of $4.1 billion.

Other than the planned Eurobond, five multilateral institutions are expected to provide the $29.96 billion.

President Muhammadu Buhari on Tuesday presented the plan to the National Assembly for approval to enable his administration borrow, in order to address the funding gap over the next three years.

However, the decision by government to raise $29.96 billion from foreign sources has not gone down well with the opposition Peoples Democratic Party (PDP), which has asked the federal government for a breakdown of what it intends to spend the funds on.

It also called on the All Progressives Party-led government to be transparent with what it has done with “recovered looted funds”.

Other than funds to be assigned to infrastructure projects, the federal government also intends to raise $4.5 billion through a Eurobond issue, but the document from the finance ministry was silent on what the funds raised from the issue will used for.

The federal government also intends to borrow $3.5 billion from foreign sources for budget support over the next three years. The document also showed that $2.2 billion will be dedicated to social projects in the health and education sectors, $1.2 billion in agriculture, while $200 million has been set aside for economic management and statistics.

Of the $2.2 billion assigned to social projects, the federal government will account for the bulk of the projects amounting to $2.1 billion while the states will account for a measly $100 million.

In the area of agriculture, the federal government will account for 75 per cent of the funds borrowed, or $900 million, while states will be expected to borrow $300 million.

Investigations further revealed that the planned Eurobond issue at the international capital market is the only commercial source of funding being targeted by government, as others are concessionary loans with low interest rates and long tenors.

In another development, the Minister of Finance, Mrs. Kemi Adeosun, wednesday told the visiting Director, African Department of the International Monetary Fund (IMF), Mr. Abebe Aemro Selassie that the federal government was leaving no stone unturned in its bid to make infrastructure development a priority.

Taking the visiting IMF chief through some of the initiatives of the current administration, the minister assured her host that the Muhammadu Buhari administration was doing everything to make Nigeria productive in every aspect.

This, she said, would be achieved by shifting emphasis to the development of infrastructure, which had been neglected by previous administrations.

According to her, with a population of about 180 million people, Nigeria has no choice but to be productive, saying this can only be achieved through infrastructure.

She recalled that “the allocation for capital projects in the 2015 budget was just 10 per cent while the recurrent was 90 per cent which had been the case in the past six to seven years”.

The PDP, however, has expressed its opposition to the plan by the federal government to borrow $29.96 billion over the next three years.

The party, in a statement wednesday by its spokesman, Mr. Dayo Adeyeye said its attention had been drawn to a letter submitted by the president to the National Assembly seeking approval for external borrowing of $29.96 billion, and the virement of N180 billion appropriated for the special intervention programmes to funding of “critical recurrent and capital items”.

“We totally disagree with the APC-led federal government on this latest move and call on President Muhammed Buhari to first and foremost explain to Nigerians what his administration has done with the so called recovered looted funds and how far the 2016 budget is fairing.

“Also, President Buhari must itemise what he intends to finance with this proposed borrowing of almost $30 billion instead of lumping it up in a coded term and plunging the nation’s future into debts.

“More so, this approach cannot be the preferred solution to the economic quagmire which this government created due to ineptitude,” the opposition party said.

PDP noted that the federal government had budgeted N6.07 trillion for the 2016 fiscal year with deficit of N2.22 trillion.

It added that, N1.8 trillion was budgeted for capital expenditure and Buhari was now seeking to borrow over N9 trillion ($29.96 billion) for “critical infrastructure”.

“This is absurd and way outside the government’s budgetary provisions for capital expenditure and must be rejected by all well-meaning Nigerians.

“Nigerians will recall that the Minister of Information, Culture and Tourism, Alhaji Lai Mohammed in June 2016 made public, through a press statement, an account of recovered looted funds between May 2015 to May 2016 amounting to N78.3 billion, $185.1 million, £3.5 million, and €11.25 million in cash; while others were under interim forfeiture.

“What happened to the recovered funds? Or are these the same funds the EFCC and DSS are planting in the houses of opposition figures and justices instead of channeling them into the economy?

“In addition, the Chairman of the Economic and Financial Crime Commission (EFCC), Ibrahim Magu recently confirmed our position when he stated that the commission has recovered more money in eight months than it recovered in 12 years.

“Nigerians need to know how much revenue the government has been able to generate from crude oil, non-oil and independent revenue sources since assumption of office from May 2015 to September 2016.

“This clarification will boost the confidence of Nigerians in the management of their resources, especially in this period of recession before thinking of engaging in external borrowing.

“There is no gain saying that the APC led-federal government has left no stone unturned in castigating the PDP’s 16 years as wasted even with its obvious achievements, one of which was getting reprieve from the Paris Club of creditors.

“The APC led-federal government is again taking Nigeria back to 2005 when the external debt burden derailed the growth of the Nigeria economy and weakened the GDP before the total cancellation of her debts.

“This proposed action of the APC government will be a great injustice to the citizens of this country now and in the future if they are plunged back into debt.

“Let us state unequivocally that history will not forgive this APC government and its collaborators if they allow this injustice and mal-administration of our economy and citizens to stand.

“We therefore call on the National Assembly to reject this anti-people request by an anti-people government that has no genuine interest in the growth and development of the people of this country.

“We again call on all Nigerians to speak with one voice and stop President Buhari from further destroying our great nation, Nigeria and by extension, Africa,” it said.

In his letter on the borrowing plan, Buhari had indicated that some of the funds from the external borrowing plan would be deployed to emergency projects in the North-east, particularly following the recent outbreak of polio after the de-listing of Nigeria from polio endemic countries.

The World Bank has provided a loan of $125 million for the federal government to procure vaccines and other ancillary facilities to stop the polio outbreak, and also provided $450 million to assist in the reconstruction and rehabilitation of the North-east, the president disclosed.

In addition to funds to be sourced from foreign sources, Buhari yesterday said that the Presidential Committee on the North-east Initiative (PINE) set up by him to oversee the humanitarian crisis in the region, as well as resettlement and reconstruction in the states affected by the Boko Haram insurgency, will be funded through federal, state and local government appropriations and funds from the private sector.

Buhari disclosed this at the State House, Abuja, when he inaugurated the committee.

The devastation to human lives and livelihoods by the insurgency in the North-east has been severe, with more than an estimated 20,000 persons killed, 2.4 million persons displaced and billions of naira worth of personal and public assets destroyed.

The president said many humanitarian intervention efforts, national and international, had worked over time to assist in coping with the task of bringing succour to internally displaced persons (IDPs) in and outside the region.

He said the need for coordination informed the creation of the PINE.

He added: “To this end, I have established the Presidential Committee on the North East Initiative under the chairmanship of General T.Y. Danjuma, a man of proven integrity, outstanding patriotism and dedication.

“He will lead this committee comprising members who have been carefully chosen from a wide spectrum of stakeholders.

“The committee will be the apex coordinating body for all interventions in the region, including those by the public, private, national and international development partners.

“The committee is domiciled in the presidency and is charged with the responsibility of developing the strategy and implementation framework for rebuilding the North-east region.

“The committee would not exist in perpetuity or isolation. Rather, it will exist for a period of three years, where after it is envisaged that a long-term regional development framework or entity may be established.”

In his remarks, Danjuma said that in line with the terms of reference of PINE, the committee had developed the Buhari Plan: An Implementation Framework.

According to him, the interventions contained in the Buhari Plan have been designed for targeted, integrated interventions by the federal and state governments, with support from international development partners, local charities, the Nigerian and international business communities, as well as other donors.

He said: “This key character of the plan ensures leveraging of all existing capacities and making maximum use of limited resources.”

He said that implementation, oversight and accountability of the plan would be provided directly from the presidency.

Danjuma, however, disclosed that only half of the funds pledged to the committee had been redeemed.

He therefore called on everyone to key into the strategic coordination framework of PINE – the Buhari Plan – and make contributions to its implementation.

He said: “It is therefore expected that all interventions, especially the federal ministries, departments and agencies, the state governments, NGOs, international partners, the private sector and individuals, will align their contributions to the aspirations of the Buhari Plan.”

Danjuma acknowledged that rebuilding the North-east would be resource intensive and could not be done overnight.

“But it is a task that must be done in the overall interest of our nation,” he added.

Meanwhile, the president has approved the re-appointment of Dr. Yemi Kale as the Statistician-General of the Federation and Chief Executive Officer of the National Bureau of Statistics (NBS), for another term of five years.

His reappointment was conveyed in a statement issued by Akpandem James, the media adviser to the Minister of Budget and National Planning, Senator Udoma Udo Udoma.

He was first appointed in August 2011 for an initial five-year term.

Before his elevation to his present office, he was the Special Adviser to the then Minister of National Planning.

Kale obtained his undergraduate degree from Addis Ababa University and a doctorate from the London School of Economics & Political Science.

He has served on several presidential committees and advisory bodies and is an alumnus of the Harvard Kennedy School of Government Leadership in Government programmes.

Be the first to comment on "FG to Spend 61% of External Borrowing on Power, Rail, Other Infrastructure Projects" 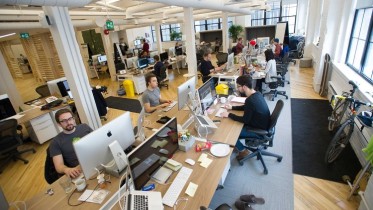 The economy added 12,000 net new jobs in September, but the unemployment rate climbed by one-tenth of a percentage point to 7.1 per cent as…