The Federal Government is planning to introduce more taxes and expand the incumbent tax base.

According to Ahmed, this was the only way to boost the country’s tax to Gross Domestic Product ratio from the present 8 percent to 15 percent by the end of 2023.

She noted that increasing the country’s revenue is a necessity and it will aid the country’s commitment to move away from relying solely on crude oil to generate revenue.

In her speech, she stressed that Nigeria’s economy is too dependent on the oil and gas sector, which accounts for just about 10 percent of the GDP and represents 94 percent of export earnings and 62 percent of both federal and state governments’ revenues between 2011 and 2015.

The Minister stated that the country’s economic meltdown was rescued by the Economic Recovery and Growth Plan (ERGP), established by the federal government in 2017 to create an avenue for diversification of the economy.

Since the birth of the ERGP, she said “we have recorded year on year improvement on both revenue outturns and revenue to GDP ratio.

“This time around, there are performance targets with consequences for non-performance including the members of the cabinet. For example, I have signed to deliver the 15% revenue to GDP in a performance contract and this will be cascaded down to Heads of revenue-generating entities to have them aligned to our mission of turning around revenues.”

She highlighted that there have been a continuous growth in the economy, which resulted in nine consecutive quarters of GDP increase, with the annual growth rising from 0.82 percent in 2017 to 1.93 percent in 2018, and 2.02 percent in the first half of 2019.

This, she attributed to “our economy’s resilience and gives credence to the effectiveness of our economic policies thus far.”

“We also succeeded in significantly reducing inflation from a peak of 18.72 percent in January 2017, to 11.02% by August 2019. This was achieved through effective fiscal and monetary policy coordination, exchange rate stability and sensible management of our foreign exchange.

“We have sustained accretion to our external reserves, which have risen from $23 billion in October 2016 to about $42.5 billion by August 2019,” she added.

Be the first to comment on "FG To Introduce More Taxes, Expand Present Tax Base" 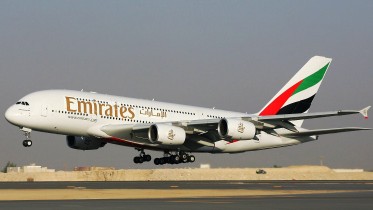 Emirates Slashes Fares for Nigerian Passengers Emirates Airline has announced the commencement of its ‘Hello 2018 fare sale’, which offers special deals on economy and…

Toyota Sells All Shares in Tesla as Their Tie-up Ends