Through the implementation of the Voluntary Assets and Income Declaration Scheme, the Federal Government is targeting to bring a total of four million new taxpayers into the tax net.

The Minister of Finance, Mrs. Kemi Adeosun, gave the figure at the ongoing Platform for Collaboration on Tax Conference at the United Nations in New York, United States.

The VAIDs offers a grace period from July 1, 2017 to March 31, 2018, for tax defaulters to voluntarily pay back to the government what they owe.

Also, those who declare their tax obligation honestly will not be subjected to any investigation or tax audit after the nine-month grace period.

Adeosun explained that the VAIDS tax amnesty programme was targeted at increasing the taxpayer base, raising revenue and regularising the tax status of many Nigerians.

She noted that the scheme was aimed at raising at least $1bn for the government, adding that more Nigerians had indicated interest in taking advantage of the opportunity.

The minister said, “We are using technology to improve the accuracy and efficiency of the programme. The Project Light House is using advanced data mining and data analytics techniques to identify tax defaulters, establish their tax liabilities and send notifications.

In a statement on Friday from the minister’s Media Adviser, Oluyinka Akintunde, quoted Adeosun as saying that the Federal Government had engaged a leading international asset tracing and investigation agency, Kroll, to trace and track illicit flows and assets.

In addition, she said Nigeria had signed the Multilateral Competent Authority on Common Reporting Standards, which allows for exchange of financial account information.

The country, according to her, is expected to effect the first exchange by 2019 as soon as the domestic legal framework is completed.

She added, “Nigeria has adopted the Common Reporting Standards and the Addis Tax Initiative aimed at improving the fairness, transparency, efficiency and effectiveness of the tax system.

“Furthermore, as part of open government partnership, Nigeria has included in the national action plan a commitment to establish a public register of beneficial owners.

“To this end, the Corporate Affairs Commission, the custodian of Nigeria’s company registry, is pursuing relevant amendments to the Companies and Allied Matters Act to comply with global standards.”

As part of measures to tackle illicit financial flows, the minister called for the tightening of Nigeria’s tax codes and laws that encourage tax avoidance as well as strengthening of the tax system to make it more efficient.

She said, “The IFFs are driven by the desire to hide illicit wealth, hide the proceeds away from the public eye and law enforcement agencies, and also conceal the ways and means by which illicit wealth was created. This makes it difficult to trace the associated money flow.

“Developing countries, including Nigeria, collect significantly lower levels of tax as a percentage of Gross Domestic Product than wealthier states. This is partly because the income and wealth being created is taken out of the country illegally, without being taxed.” 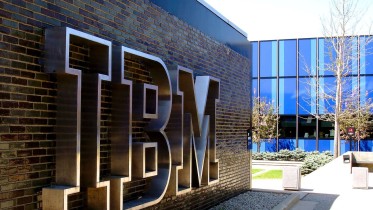 IBM Invests $30m in Nigeria The International Business Machine says that the lack of skills, employable workers, especially in the Information Technology sector, has prompted…

Petrol Price Rises for the First Time in Seven-month