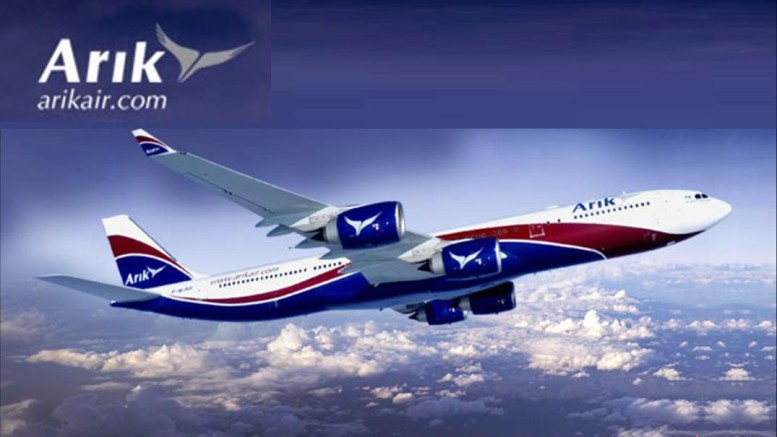 Despite the process currently going on to create a national carrier, the federal government still hopes to establish the new airline on the foundation already laid by Arik Air with technical support from the maintenance section of Aero Contractors.

According to informed source from the industry, it would be a lot easier to build the national airline on the operations of Arik Air, which is currently under the management of Asset Management Corporation of Nigeria (AMCON) along with Aero Contractors than to establish an entirely new airline.

The source said that establishing a new airline from the scratch would take a longer time and might not be realised before the termination of the current administration.

The federal government early last year established transaction advisers for a new national carrier and also for the concession of the nation’s major airports.

Checks showed with the advancement made by Aero Contractors in establishing a maintenance facility for Boeing B737 classics and working on upgrading to conducting maintenance on New General Boeing B737 aircraft types, which is the aircraft largely in the fleet of Arik Air, it would be easy to marry the two airlines and form the basis for the establishment of a national carrier.

Although it is not yet confirmed by the Minister of State, Aviation, Senator Hadi Sirika, but investigation revealed that the federal government may work with Qatar Airways as core investor for the new national airline and if it goes as planned, the Middle East airline would supply the new carrier most of its large-body aircraft to commence operations to international destinations.

However, many airline owners currently in operation are not positively disposed to Nigeria establishing a national carrier because they believe government would favour it against them and this would drastically affect the market, as most of the passenger traffic would be mopped by the new airline, which would enjoy government’s support with waiver in charges and many other favorable considerations.

Investigation revealed that the owners of Aero and Arik, which are currently under the management of AMCON, have muted that they would sue the federal government if their interests are not met in the plan to establish a national carrier.

Also AMCON may not be disposed to incorporating Arik Air and Aero into the national carrier project because the Corporation is disposed to recovering its huge funds sunk in the two airlines and there would be no guarantee that these funds would be recovered when the two airlines metamorphose to a national carrier with a core investor and private sector driven management and ownership with little government stake, as enunciated by Sirika.

AMCON had earlier indicated that its management had severally turned down the request to use the two airlines as national carrier, arguing that the debt overhang in the airlines would not make such start up feasible because this means that the new airline would be laden with debts at inception.

Besides, AMCON said that it was more interested in recouping the whooping funds projected to between N16 to N20 billion expended on Aero and about N190 billion on Arik to save them from sinking and to sustain their operation.

On the adoption of Aero and Arik Air, Aligbe said the federal government cannot use the airlines without involving their owners, so if they sue government it might obstruct the plan to establish the national airline or delay its emergence.

On the opposition of the current domestic airlines to a national carrier, Aligbe said that he does not think that the airlines would have the locus to go to court and stand down the plan for a national carrier; rather, they could seek that whatever privileges given to the new national airline should be extended to them.

“They can go to court and seek for equal privileges because favouring one airline against others will be anti-competition,” Aligbe said.

Be the first to comment on "FG Still Eyes Arik, Aero as Fulcrum for National Carrier" 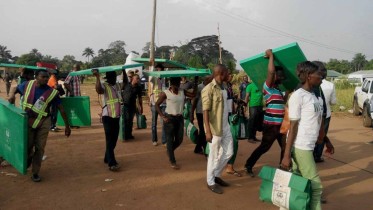 Rivers Goes to Polls Today Amid Anxiety Over Security