The Minister of Industry, Trade and Investment, Dr. Okechukwu Enelamah, has said the federal government is currently working through the National Economic Council in collaboration with state governments to streamline the multiple taxes paid by businesses particularly the small and medium enterprises (SMEs).

He also said the implementation of the Export Expansion Grant (EEG) had resumed since 2018, after the programme was suspended at the inception of the current administration adding that the scheme had now been streamlined to avoid abuse and irregularities which marred it in the past.

Addressing journalists over the weekend about the strides made by ministry in transforming the business environment in the past four years, the minister also said efforts were ongoing to make the Kano and Calabar Free Trade Zone operational.

He said though the Kano free trade zone had been underutilised, the ministry has, “taken several steps to make it better and the result will soon start showing.”

He added: “One is to upgrade the infrastructure because it has dilapidated and that upgrade has been going on for the last two years.

“We have reached an agreement that we are basically going to work with private operators both for Kano and Calabar and we are going through a process involving working with the Bureau of Public Enterprises to identify the right operators to partner with us to commercialise and provide the services including marketing services to bring in those who want to operate.

“We are showcasing these zones to investors who are coming in. The efforts of this government and ministry will bear long range enduring results because I know we are now solving the problems fundamentally and you will agree with me this is the right way to solving the problem.”

The minister said the ministry had improved the operational environment for businesses in the country and supported the growth of SMEs as well as contributed significantly in the attraction of more foreign investment into the country in the last four years.

He said while the removal of bottlenecks had enhanced a reduction of challenges encountered by SMEs and other businesses in areas such as starting a business; access to credit; paying taxes; enforcing contracts or trading within and across borders among others, investor interest in the country had also increased.

He, reiterated his promise on resumption of duty that the vision for the ministry would be for it to be seen as a ministry of enabling environment.

To this end, he said through the Presidential Enabling Business Environment Council (PEBEC), the Ministry had made remarkable achievements, which included the jump in the World Bank’s ranking on the Ease of Doing Business; and the removal of several bottlenecks in government processes.

He added that efforts were ongoing to further improve on the achievements towards ensuring a more business-friendly environment and to achieve a sub-100 ranking of the World Bank on Ease of Doing Business.

He noted that the council had made many high-level interventions to address industrial sector issues such as electricity supply, broadband penetration and access roads.

FG to Begin Implementation of 7.5% VAT Next Month

Be the first to comment on "FG, States Working to Address Multiple Taxation" 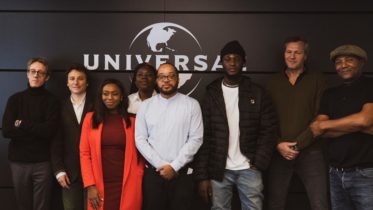