The Federal Government on Thursday said it would send the 2018 budget proposal to the National Assembly at the beginning of October this year.

The Minister of Budget and National Planning, Senator Udo Udoma, disclosed this in Abuja during a public dialogue with top government officials, members of civil society organisations and the Organised Private Sector, among others, on the 2018-2020 Medium Term Expenditure Framework and Fiscal Strategy Paper.

He said the decision to submit the 2018 budget proposal early was in line with provisions of the Fiscal Responsibility Act, 2000.

Udoma noted that the early submission of the budget proposal to the lawmakers would give them enough time to consider the fiscal document and pass it on time.

The minister said the overall goal of the government was to ensure that the country returned to a predictable budget year, which would run from January to December.

He stated, “We are having extensive consultations and all the inputs from the various consultations will be taken into consideration in preparing the MTEF and Fiscal Strategy Paper.

“The MTEF outlines the Federal Government’s fiscal policies and our macroeconomic projections for the next three years from 2018 to 2020, and it provides the broad framework for the 2018 budget.

“And as you know, we are committed to delivering the 2018 budget to the National Assembly by the beginning of October, and this is part of that process.”

Explaining the parameters for the 2018 budget, he said that the Federal Government was targeting to spend the sum of N7.9tn as against N7.44tn this year, adding that the fiscal deficit was expected to rise to N2.77tn from N2.35tn in the 2017 fiscal year and that there was no need for Nigerians to panic about the country’s debt burden.

Udoma added that the nation’s debt profile was sustainable as it was still within the threshold approved by the Fiscal Responsibility Act of 2007.

According to the minister, there is no country in the world that does not borrow, nothing that the Federal Government was well capable of meeting its obligations to creditors.

“We are maintaining our deficit and debts within sustainable limits. Debt financing will be restructured gradually in favour of foreign financing as part of the strategy to lower debt service burden and free up more fiscal space for the private sector,” he added.

The minister said the government was targeting total oil production volume of 2.3 million barrels per day, with an oil price benchmark of $45 per barrel.

He added that the plan of the government in 2018 was to reduce inflation rate to 12.42 per cent with a Gross Domestic Product growth rate of 4.8 per cent and nominal GDP of N133.97tn.

In terms of revenue projections, Udoma stated that the government was targeting the sum of N5.16tn for 2018 as against N5.08tn in 2017.

Of this amount, N2.1tn is to be generated from oil revenue; non-oil revenue is expected to contribute N1.36tn; dividend from Nigeria Liquefied Natural Gas, N29.58bn; and revenue from minerals and mining, N1.06bn.

Others are independent revenue from agencies of government, N847.9bn; domestic recoveries and fines, N364bn; other Federal Government recoveries, N138.43bn; and grants and donor funding, N281.6bn.

In terms of expenditure, the minister explained that the government was planning to spend the sum of N2.63tn on non-debt recurrent expenditure, while N350bn would be set aside for special intervention programmes.

For capital expenditure, Udoma said the sum of N2.4tn would be spent on capital projects’ implementation as against the N2.17tn approved for 2017.

“We are addressing the recurrent and capital spending imbalance. Government will continue to allocate at least 30 per cent of its budgeted expenditure to capital projects,” he added.

The minister described the targets of the government in 2018 as ambitious, but noted that they were achievable.

He said, “In line with the goals of the Economic Recovery and Growth Plan 2017-2020, the medium term fiscal policies of government will be directed at achieving macroeconomic stability, accelerating growth, intensifying economic diversification and promoting inclusiveness.

“The need to look onwards to boost non-oil revenues cannot be overemphasized as we diversify. We are on track to achieve full recovery and return firmly to the path of growth. Fiscal prudence must be observed at all levels of governance.”

The event was attended by the Minister of State for Budget and National Planning, Zainab Ahmed; Director-General, Budget Office of the Federation, Mr. Ben Akabueze; and Director-General, Debt Management Office, Mrs. Patience Oniha, among others. 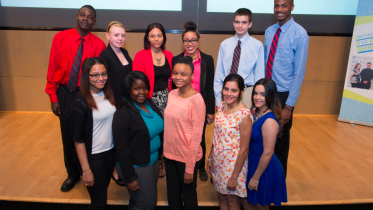 Expert to train youths in coal extraction in Enugu

Expert to Train Youths in Coal Extraction in Enugu A petroleum industry expert, Dr Livinus Nosike, has called for more involvement of youths in the…

NNPC Gets 30% Discount on Contracts After Renegotiations