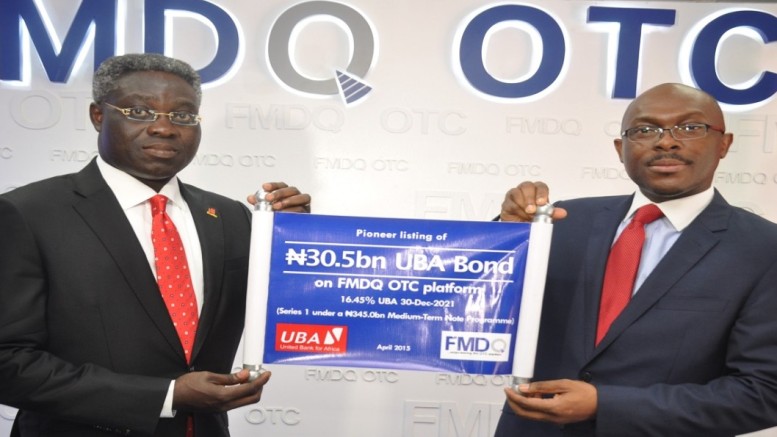 The Federal Government has offered for subscription savings bonds with a tenor of two and three years.

The Debt Management Office, in a circular on Monday, said it was authorised to receive applications for the savings bond on behalf of the Federal Government.

The DMO said the offer for subscription opened on Monday and will close on Friday, March 8.

“The bonds, which are backed by the full faith and credit of the Federal Government of Nigeria and charged upon the general assets of the country, qualify as securities in which trustees can invest under the Trustee Investment Act. Interest is payable quarterly and the bullet repayment is on the maturity date.”

The DMO added that the bonds also qualify as government securities within the meaning of Company Income Tax Act and Personal Income Tax Act for tax exemption for pension funds, among other investors.

It said the bonds would be listed on the Nigerian Stock Exchange and would qualify as a liquid asset for liquidity ratio calculation for banks.

“Interested investors should contact the stockbroking firms appointed as distribution agents by the Debt Management Office,” the statement added.

The FGN Bond Market traded on a mixed note last week, with yields compressing on the shorter end of the curve, in tune with decline in long tenor Treasury-bill yields.

Offers improved slightly on the mid to long end of the curve, as buying interests slowed from the tempo in the previous week.

Analysts at Zedcrest Capital Limited said they expect the market to remain largely order driven in the near term, with local players more likely to sustain profit-taking at current levels.