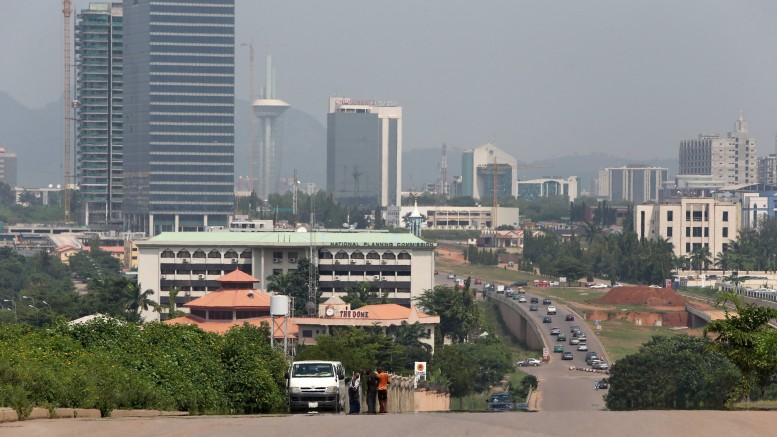 Commercial towers sit on the city skyline beyond a highway in Abuja, Nigeria, on Wednesday, Oct. 21, 2015. Photographer: George Osodi

The Federal Government has concluded plans to inaugurate the Joint Working Group for the Economic Recovery and Growth Plan’s Focus Labs.

According to a statement on Monday by the Senior Special Assistant to the Vice President on Media and Publicity, Mr. Laolu Akande, the inauguration of the first set of the policy labs would hold today (Tuesday) at the Presidential Villa, Abuja.

Akande explained that the establishment of the focus labs was expected to boost economic growth and ensure that Nigeria continued its journey of building a competitive economy.

“In less than a year, following its launch by President Muhammadu Buhari, the implementation of the ERGP has seen the country’s economy record significant strides, including its exit from recession last year and improved stability in the fiscal and monetary markets.

“Also, in last year’s World Bank Doing Business index, Nigeria jumped 24 places and was listed among the 10 most reforming economies globally, feats that have attracted wide applause and commendation for the economic policies of the Buhari administration.

“In line with the administration’s economic focus and direction, which includes restoring growth and building a competitive economy, the ERGP focus labs are aimed at driving new investments that will create hundreds of thousands of jobs for Nigerians across the 36 states of the federation and, in the long-term, continue to grow the economy.”

Akande added that a central steering committee and joint working group of the ERGP focus labs would be formed by the ministers of agriculture; transport; solid minerals; industry, trade and investment; power, works and housing; petroleum resources; finance; justice; and budget and national planning.

The responsibilities of the central steering committee, he explained, would include steering the labs and ensuring active collaboration with the private sector to remove inhibitions that might have impeded some of the priority investment projects that had been stalled for too long.

He added that the joint working group would comprise of senior public officers from the six pilot ministries and their agencies.

According to Akande, the committee is expected to work with the Senior Special Assistant to the President in the ERGP Implementation Unit to plan the labs successfully and address the inter-agency bottlenecks the investors bring to them.

Other tasks of the members of the core sector teams in the group include generation and validation of sector data, provision of sector specific information and context, and provision of technical perspective and government policy position.

The working group will also be tasked with making decisions on behalf of the government that promote investment and national interest, build institutional memory, strengthen institutional capacity, and encourage institutional ownership.