The federal government has commenced the training of 4,250 top officers drawn from 800 ministries, department and agencies ( MDAs) on the 2018 budget preparation.

The training, which is anchored on real-time online platform, is scheduled for two weeks and will hold in six cities across the six geo- political zones of the country including the Federal Capital Territory (FCT).

The Director General, Budget Office of the Federation, Mr. Ben Akabueze, who spoke yesterday while declaring open training of MDAs on the 2018 budget using the Government Integrated Financial and Management Information System (GIFMIS), said over 1,830 participants would be trained in the first week one in Abuja.

He added that participants being trained in Abuja were drawn from FCT and all the North-central geo- political zones except Kwara State whose participants, will be trained in Ibadan, Oyo State due to the state’s proximity to the city.

Akabueze stressed that participants from other zones will be trained in Kaduna, Gombe , Uyo, Enugu, Lagos and Ibadan.

“You will recall that the current administration adopted the Zero-Based Budgeting (ZBB) methodology to help ensure more optimal utilisation of government resources on projects. To improve the quality of our budgeting process, we are committed to making the most use of technology and automation tools.

“For the 2017 Budget, MDAs prepared and submitted their budgets online and in realtime using a ZBB compliant web-based application. It was the first time that MDAs were using an online system to prepare and submit their budget with no manual intervention. The use of the web based application helped eradicate a lot of the challenges encountered in previous years.

Stocks: Foreign Investments Rise by 59.8% in One Year 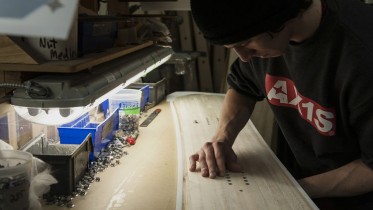