The Federal Executive Council on Wednesday approved the contract for the engineering work of the Mambilla Hydro Electric Power Plant in Taraba State at a sum of $5.792bn.

The Minister of Power, Works and Housing, Mr. Babatunde Fashola (SAN), disclosed this to State House correspondents at the end of the weekly meeting of the council presided over by President Muhammadu Buhari at the Presidential Villa, Abuja.

The contract was awarded to a consortium of three Chinese companies — Messrs CGCC-SINOHYDRO-CGOCC.

Fashola said the contract cost was inclusive of taxes, environment utilisation, the work proper, as well as project land acquisition and compensation to about 100,000 people who would be resettled.

He also said the construction would take approximately six years because of the extensive nature of the scope of work.

The minister said the work would include the construction of four dams, one of which would be 150 metres high; two others would be 70 metres high while the smallest dam will be 50 metres in height.

He said, “Several efforts have been made to bring the project to reality since 1972, which is about 45 years ago, but I am happy to announce to you that this government approved the award of the contract today through a joint venture with a Chinese Civil Engineering Company for the engineering contract, including civil and electromechanical work, for $5.792bn.

“The 150-metre one is essentially the size of a 50-storey building because you have approximately three metres per floor.

“The intermediate one is higher than a 20-storey building. It also includes 700 kilometre of transmission line. It will be in Taraba State, in the area called Gengu. It will involve a lot of preparatory work and resettlement.

“It will really unleash the potential that has been reported about Mambilla: agriculture, tourism and also for energy.

“It will also help Nigeria to strike a big blow on the climate change issue and fulfil its commitment under the Paris agreement because this is going to be renewable energy, coming also at a relatively competitive cost. This was approved by council today.”

On who would be paying the total contract sum for the Mambilla project and what role the government planned to play, Fashola said the major share of the money would come from the Chinese government through its Exim Bank.

He added that 85 per cent of the project cost would be financed by the Chinese government and Nigeria would bear only 15 per cent as its counterpart funding.

The minister, who said the project was designed to deliver 3,050 megawatts of power, however, said the productive output would be a function of water supply, because it remained the major source of fuel.

Be the first to comment on "FG Awards $5.8bn Mambilla Power Plant Contract" 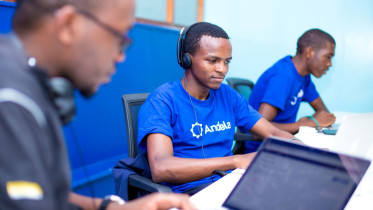 Andela Opens Tech Hub in Kigali Andela, the company building high-performing engineering teams with Africa’s most talented software developers, has announced the launch of a…