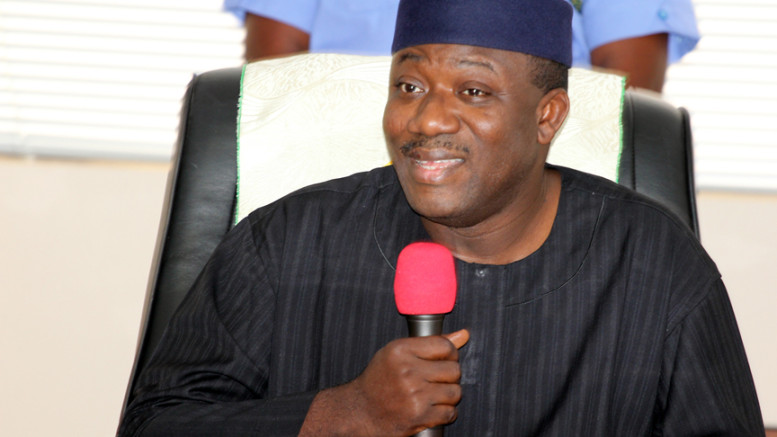 He also said the country had made a “promising” nickel discovery and was looking for investors for a moribund steel plant, part of efforts to reduce reliance on oil exports.

The country has made boosting the mining sector a priority as a slump in crude sales, which provide 70 per cent of government revenues, has pushed economy into recession.

“We are looking at a $500 million fund from their side which would primarily focus on exploration,” Fayemi told Reuters yesterday.

The ministry was also discussing with the stock market selling “corporate mining bonds” in partnership with mining and other investors, he added.

Nigeria has been trying to attract foreign mining firms. Currently, the only significant foreign investor in the sector, where 80 per cent of mining is carried out on an artisanal basis, is Australia’s Kogi Iron.

The country has largely untapped deposits of 44 minerals, which include gold, iron ore, coal, tin and zinc, in more than 500 locations spread across the nation.

Fayemi wants to increase mining’s contribution to gross domestic product (GDP) to 10 per cent, from just 0.3 per cent now, within a decade.

He said a geologically “strange” discovery of nickel in the northern state of Kaduna seemed promising.

The discovery of some 40 million tonnes of nickel with a depth of five meters over a 13 kilometer area, around the town of Dangoma, was announced in August by an Australian team registered as Comet Nigeria Limited.

“It could also be that what they are telling us is an under-estimation of what it ought to be by the time we do core drilling,” he said.

Fayemi also said there was need to get a grip on the informal gold rush which he said is dominated by smugglers.

“Clearly a lot is being taken out illegally,” he said, adding that gold was being smuggled to neighboring Cameroon and Niger, as well as Togo and registered in those countries.

Fayemi said his ministry did not have figures for gold production but the Central Bank of Nigeria (CBN) had provided figures the minsitry was trying to validate.

“They have given figures in the region of about 100kg of gold leaving the country on a daily basis.

“None of this gets accredited as gold from Nigeria,” added Fayemi.

Nigerian Economy Not Being Properly Managed