Minister of Information Lai Mohammed spoke to reporters after the FEC meeting at the Presidential Villa.

He was with Minister of Interior Abdulrahman Danbazau, Minister of Transportation Rotimi Amaechi, Minister of Budget and National Planning Udoma Udo Udoma and Minister of Health Isaac Adewole.

The 34 kilometre road project is from Ila Orangun –Oke Ilale -Ikon road in Osun up to Ekiti State. It is due for completion in 15 months.

Mohammed said Minister of Mines and Steel development Dr. Kayode Fayemi is in a position to speak on when he would resign after picking the ticket as the All Progressives Congress (APC) governship candidate in Ekiti State.

”I think I read it just like you that he will resign this week. If he did say so, today is just Wednesday I think we still have the rest of the week to see if he will resign. But I think really he is the best person that can speak on it.”

Amaechi said the FEC approved the purchase of equipment for cargo clearance at port (64 ton capacity mobile crane) at the cost of 3.5 million Euros while the naira component is N203 million and N69 million for training, all totalling N1.6 billion.

He also announced the approval of N280 million for international advisers for railways projects in the country including Port Harcourt to Maiduguri, Abuja to Itakpe, Kano to Maradu and the seaport in Bonny.

”These international advisers will guide us on the financial model when we sit down to negotiate with the companies or contractors.” he said

Udo Udoma said that President Muhammadu Buhari had not received the 2018 Budget bill as passed by the National Assembly last week.

According to him, the Executive arm of government is ready to work very fast on it as soon as it is received.

He said that he presented the recently released figures by National Bureau of Statistics (NBS) to FEC.

Stressing that FEC was encouraged by the results, he said that Nigeria is on track towards achieving it’s target of 3.5% GDP growth rate for this year.

Noting that Nigeria is a party to the WHO framework convention on tobacco control, he said that Nigeria signed the protocol in 2004 and which became operational in 2005.

By 2nd July, 2018, he said that it is expected that 40 countries would have ratified.

Danbazzau said FEC approved a memo for the consultancy service for the construction of Technology Building to be managed by the Nigeria Immigration Service (NIS).

He said: “That Technology Building is meant to accommodate data communication command and control centre.”

He said that the project, which is for security reasons and to control issuance of passport and visas, will cost N582 million and would be completed in 23 months.

Be the first to comment on "FEC Okays N5.19b for Osun, Ekiti Roads" 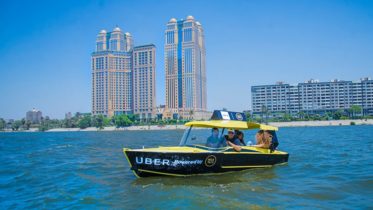 Presidency: Buhari will Not Sign Stupid Bills from National Assembly