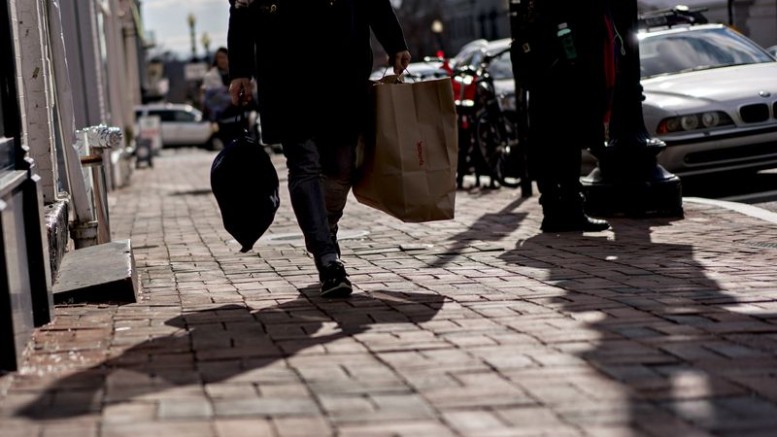 As workers and their unions celebrate the N30,000 new minimum wage approved by President Muhammadu Buhari yesterday, analysts have expressed fear that the fresh wage regime could put inflationary pressure on the already fragile economy.

Those who spoke said the 60 per cent minimum wage increase was likely to lead to a general increase in prices of goods and services in the short-term.

One of them, the Chief Executive Officer, Financial Derivatives Company Limited, Mr. Bismarck Rewane, pointed out that the wage hike would lead to inflationary pressures.

He said, “Productivity growth in Nigeria is still minus 0.7 per cent. So, an increase in the minimum wage and all other increases that would follow and it means that basically inflation is likely to increase.

“Our projection is that inflation will go from 11.5 per cent to around 13 per cent because of the wage increase.

“If you add the election spending and the promissory notes the government has issued for contractor debt of N483 billion; when we add the money supply of the contractor note, the minimum wage and negative productivity, you have an inflation.”

When asked about the likelihood of an interest rate hike, he said, “Not really, because there is a transmission time lag between when money supply rises and when prices rise.

“The transmission time lag is between three and six months.”

Buhari had received the report of the National Minimum Wage Tripartite Committee yesterday in Abuja and approved the new figure, effectively ending the first phase of the workers’ struggle for pay increase.

Receiving the report of the committee from its chairman, Ms Amal Pepple, in the Council Chamber of the Presidential Villa, Buhari told members of the committee, the organised labour and government representatives that henceforth, he would put the machinery in place for the transmission of the new National Minimum Wage Bill to the National Assembly.

The president, who said he was committed to seeing the new wage come into fruition, chronicled all the events leading to the final resolution, saying he was regularly briefed on updates on the negotiations.

Promising that the government would continue to engage the organised labour wherever necessary, Buhari thanked all who participated in the process.

However, he counselled the organised labour not to allow themselves to be used as political weapons by politicians.

He said, “In a way, both arguments are valid. I want to assure you all that we will immediately put in place the necessary machinery that will close out these open areas. Our plan is to transmit the Executive Bill to the National Assembly for passage within the shortest possible time.

“I am fully committed to having a new National Minimum Wage Act in the very near future.

“Let me use this opportunity to recognise the leadership of the organized labour and private sector as well as representatives of State and Federal Governments for all your hard work. The fact that we are here today, is a notable achievement.

“As the executive arm commences its review of your submission, we will continue to engage you all in closing any open areas presented in this report. I therefore would like to ask for your patience and understanding in the coming weeks.

“May I therefore, employ workers and their leaders not to allow themselves to be used as political weapons.’

In her submission, Pepple narrated how the decision to finally peg the minimum wage at N30, 000 was arrived at.

She also reported that the draft of the New Minimum Wage Bill that would be sent to the National Assembly had already been produced.

Pepple explained, “To arrive at our recommendation, the committee carefully weighed the demand of the Nigerian workers, which was predicated on the high cost of living occasioned by unfavourable exchange rate and rising inflation over the past few years, among other factors.

“The committee also considered the overall macro-economic indicators, including the revenue and expenditure profile of government as provided by the Ministers of Budget and National Planning and Finance as well as the minimum wage proposed by some state governments in their memoranda submitted to the committee.

“Consideration was also given to the critical role of the informal sector in employment generation and the need for a realistic minimum wage that will not stifle the growth of the sector and the overall economy.

“After carefully weighing these critical factors and bearing in mind the overriding interest of the economy, the committee, while noting the offer of N24,000 by the federal government, is recommending an increase in the existing minimum wage from N18,000 to N30,000.

“We believe that the implementation of the recommended minimum wage, will, no doubt, boost the purchasing power of workers, increase consumption expenditure and ultimately stimulate business and overall economic growth.

“The committee has also produced a draft national minimum wage bill 2018 for condition by government.

“We strongly believe that the enactment of the draft bill into law is very critical to the operation and future reviews of the national minimum wage.”

Meanwhile, the president has submitted a three-year (2019- 2021) Medium-Term Expenditure Framework and Fiscal Strategy Paper to the Senate for approval.

He also submitted the same proposal to the House of Representatives for expeditious consideration.

Buhari had in an October 29 letter titled ‘Submission of 2019-2021 Medium-Term Expenditure Framework And Fiscal Strategy Paper’ addressed to Senate President Bukola Saraki and read at plenary by Saraki yesterday stated that he was sending the fiscal strategy paper based on the provisions of the Fiscal Responsibility Act, 2007.

According to the president, the preparation towards submission of the 2019 budget to the National Assembly is progressing well.

The Medium Term Expenditure Framework, MTEF and Fiscal Strategy Paper, the President explained, “were prepared against the backdrop of a generally uncertain global economic environment; as well as fiscal challenges in the domestic economy to ensure that planned spending is set at prudent and sustainable levels and is consistent with government’s overall developmental objectives and inclusive growth”.

While canvassing for an expeditious approval of his proposal, Buhari said, “I hereby forward the 2019-2021 MTEF and FSP to the Distinguished Senate and trust that it would be expeditiously considered in order to bring the 2019 FGN budget preparation process to timely closure.”

At the House of Representatives, Speaker Yakubu Dogara, read a similar letter at yesterday’s plenary

The MTEF, which was approved by the Federal Executive Council (FEC) meeting of Wednesday, October 28, had proposed a $60 oil price benchmark, 2.3 million barrels per day at $305/$1 exchange rate and 3.01 per cent GDP growth rate for the 2019 budget.

The FEC, according to Minister for Budget and National Planning, Senator Udo Udoma, approved a proposed N8.73trillion budget for 2019 fiscal year, which is N400 billion less than the N9.12trillion approved for 2018 fiscal year.

A six- man governing board of the National Bureau of Statistics (NBS), headed by Dr Kabiru Nakuara was also presented to the Senate by the president for confirmation in compliance with Section 8(2) a & j of the Statistics Act, 2010.

The Senate also yesterday approved the establishment of two federal polytechnics and two colleges of education in various parts of the country.

This was sequel to the presentation of the reports of the Chairman of the Senate Committee on Tertiary Institutions and TETFUND, Senator Jibrin Barau (Kano North), calling on the Senate to approve the establishment of the higher institutions.

The institutions include Federal Polytechnic in Aba, Abia State and another one in Selami in Sokoto State.

The others are Federal College of Education in Gumel, Jigawa State and Sabon Birini in Sokoto State. 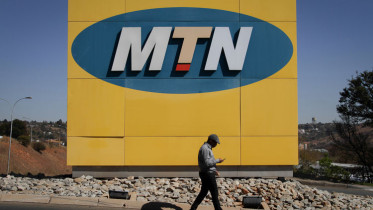