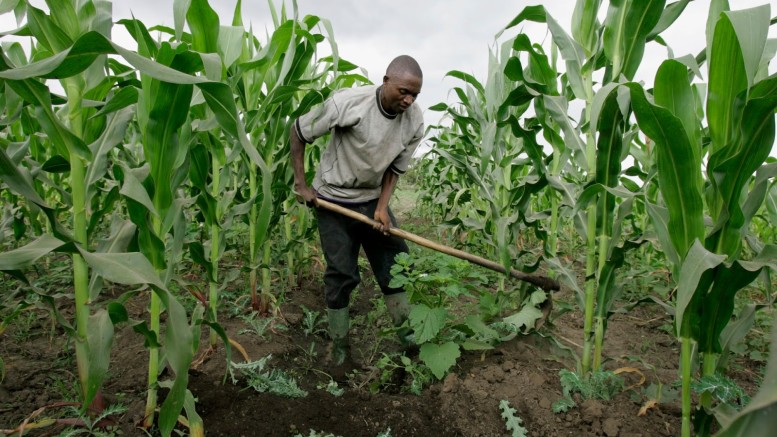 A farmer prepares water channels in his maize field in Ngiresi near the Tanzanian town of Arusha on Tuesday, July 17, 2007.(AP Photo/Karel Prinsloo)

Vegetable farmers in Iyana-Iba Local Council Development Area, Lagos, who benefitted from the ongoing Federal Government TraderMoni scheme, expressed gratitude to the government for the initiative.

The farmers said a number of them had beds of spinach, pumpkin leaves (popularly called ugwu ), spring onions, cabbage, among others, and that the loans had really helped and impacted on their businesses.

The President, Vegetable and Fruit Association, Lagos State, Mr Suleiman Akanni, said that because farmers largely contributed to the economy of the country, the loan would assist them in so many areas such as the purchase of seedlings and fertiliser that would improve and boost production on their farmlands.

The Coordinator, Government Empowerment Enterprise Programme, Mr Uzoma Nwagba, assured traders in Lagos that the TraderMoni initiative, which had been in existence for two years, would be a continuous exercise.

He said any trader that had registered but had yet to be credited would soon receive a bank alert.

Vice-President Yemi Osibajo was received at the market by the Vice Chancellor, Lagos State University, Prof Lanre Fagbohun, along other dignitaries and artistes.