The Federal Airports Authority of Nigeria on Friday said it would close the Murtala Muhammed International Airport’s Apron Gate 1 and some sections of Taxiway F to human and vehicular traffic for six weeks.

The agency said the directive, which became effective on Friday, would enable contractors working on the new terminal to link it with the old one.

“This closure is to enable the contractor handling the construction of the new terminal, China Civil Construction Company, link the proposed apron under construction to the existing one.”

Yakubu stated that to maintain orderliness and ensure safety of operators while the project would last, the agency had developed and deployed specific procedures for vehicular movements and officers of the aviation security department had been mobilised to ensure compliance.

“The authority will like to solicit the understanding and cooperation of all concerned towards ensuring a safe airside for aircraft movement and personnel safety during the construction,” she added.

The Federal Government had last year said the new terminal would soon be completed and put to use.

The terminal was to have become functional since 2016 but the opening date had been postponed several times.

Enugu Airport: EFTZ to Cooperate With Govt on Safety Concerns 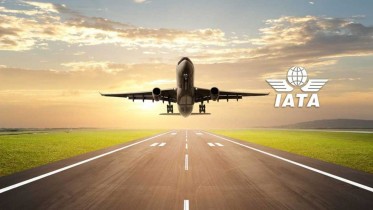