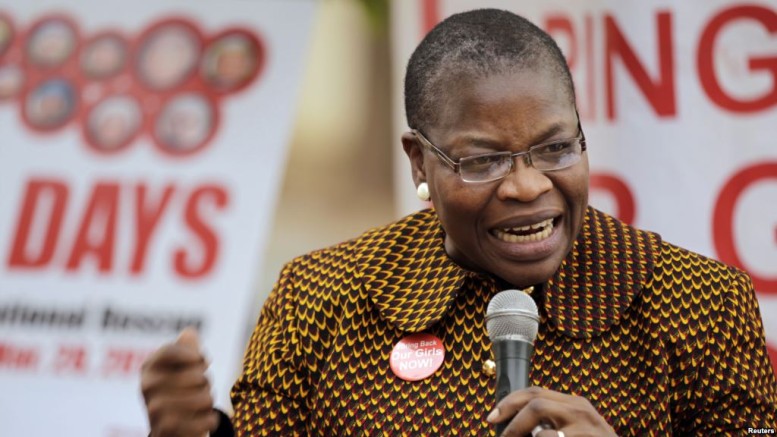 A former Minister of Education, Mrs. Oby Ezekwesili, has called for an urgent national dialogue to discuss the problems of exclusion and poverty in the country.

Speaking at a plenary session at the Nigeria Economic Summit, which ended in Abuja on Thursday, the former World Bank Vice President for Africa said talks on political restructuring must go beyond agreements usually reached by politicians and be inclusive of all Nigerians.

Ezekwesili stated that it was important for the government and people of Nigeria to develop a fair sense of urgency, end the culture of diplomacy around failure and interrogate why the country had been failing.

She said, “We are now at the region I call unsustainability of failure. This failure cannot be sustained. The fair sense of urgency that must underpin the way we are looking at the challenges we are dealing with should factor into the speed with which we are identifying the obstacles to our growth, development and our shared prosperity.

She added, “Our data tell us that three to four million young people enter the unemployment market every year; only 10 per cent of them will be absorbed. The economy is not expanding enough. Even in the season of high growth, it was structurally shifting enough to absorb that kind of population.

“Our data tell us that compared to a country like Singapore at more than 92 per cent of literacy (what you call the knowledge quotient), we are at a level of about 52 per cent. There is such a wide gap. Without that knowledge quotient of stock of people with knowledge, it is going to be difficult to make this country as productive as it should be.

“You look at what we have produced with all the factors that we have available to us, the growth that comes with the factors and frontiers of possibilities that we have, it gives a GDP per capita of about $2,400, compared that to perhaps Singapore, which is at almost $60,000. Then, you say to yourself; these factors that create this divide, can they not be addressed? That is where the conversation becomes absolutely necessary.”

She further stated, “The colour of the woman who is deprived an opportunity in Borno State is the same colour of poverty of the man in Bayelsa State or the young girl in Nnewi or the elderly woman in Ibadan. So, if we look at over 100 million Nigerians who could be lifted out of poverty still being in poverty, we cannot at all not have a sense of urgency.

“Data tell us that it is better to be a large nation that works. If it were not so, Rwanda would be an amazing economic magnate because on the economic side, they have done a lot of things right but it is still a small economy. It cannot pull it. We can but we must be a country that works.”

“One key thing that we have been blind about is that we actually are at a place of possible advantage in that if we got it right with making the human being – the Nigerian – to be superior to oil; if we defended the Nigerian more than we defended the oil installations and shifted our mind-set towards them, then what we will realise is that Africa can claim the 21st century by significant quantum leap in terms of human capability. We are that country that could become a provocation to the world.”

Ezekwesili, who received loud ovations, also chided economists and the Nigerian Economic Summit Group for keeping silent when the government was making wrong policy choices that led the country to recession that hurt the poor very badly.

‘NPA Needs About N50bn For Purchase Of Fenders, Patrol Boats’