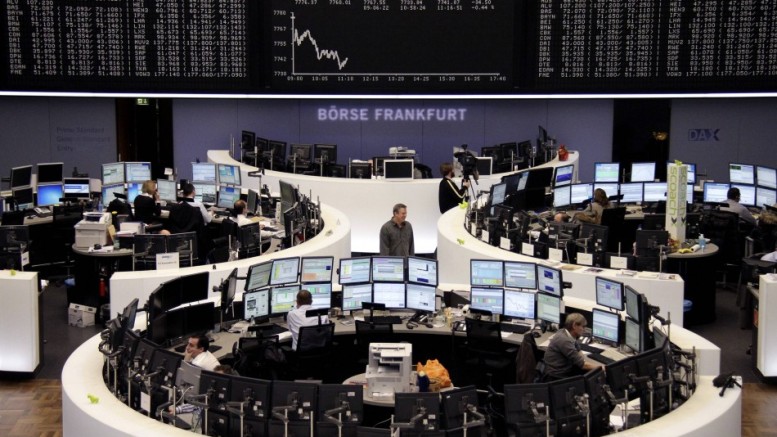 European shares failed to cling on to an initial gain, falling to their lowest in more than a year, and Asian stocks declined as crude oil sank to a 12-year low on the lifting of sanctions against Iran.

Banks led the declines in Europe, with oil and gas stocks also lower before the Organization of Petroleum Exporting Countries releases its monthly oil-market report. Polish bonds fell after the country received its first-ever sovereign downgrade. The offshore yuan jumped and shares in Shanghai advanced as China stepped up efforts to curb foreign speculation against its currency.

Iran is aiming to raise shipments by 500,000 barrels of oil a day amid the removal of sanctions, adding to a global glut that’s dragged oil prices 21 percent lower this year. The energy slump is fueling concern over disinflation, just as the U.S. embarks on tighter monetary policy and as anxiety over China’s management of its slowing economy rattles markets. Figures Monday indicated improvement in China’s property sector, ahead of a swathe of data Tuesday that will include an update on fourth-quarter gross domestic product.

Be the first to comment on "European Shares Lower; Energy Prices Drop on Iran Exports"

CBN, IFAD to Assist Farmers, Artisans in Oyo The Federal Government through the Central Bank of Nigeria and the International Fund for Agricultural Development are…

FG Urges Entrepreneurs to Follow due Process in Business Registration