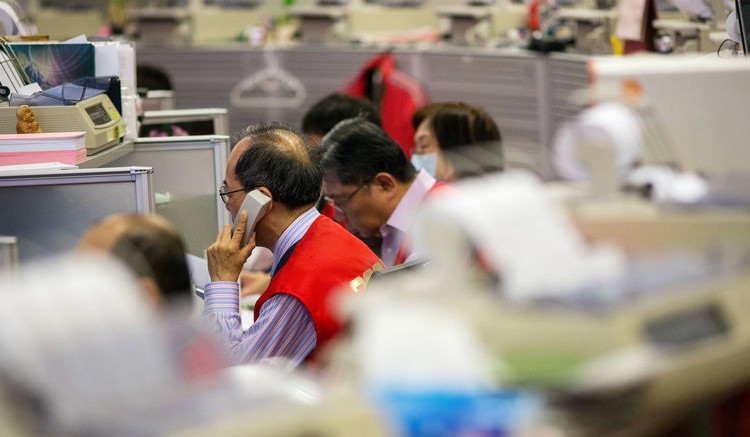 European stocks drifted lower for the first time in three days as gains for mining shares struggled to offset a broader mood of caution. Gold was poised to snap its six-day losing streak amid a wider commodity bounce.

The Stoxx Europe 600 Index slipped following a raft of corporate results. Companies including Telefonica, UniCredit and Maersk reported good earnings, but the gauge this week climbed to near the highest on record and trading patterns indicate it may be due a pause. Oil rose after posting the biggest advance this year on Wednesday as U.S. crude stockpiles fell by more than twice what had been forecast. The pound weakened as the Bank of England left borrowing costs unchanged.

While company earnings and U.S. data are painting a picture of robust global growth and political risk has eased following France’s presidential election, investors are showing a lack of conviction as global equities trade at record-high levels and volatility evaporates. The path for interest rates will remain a major focus amid growing bets for a Fed increase in June and talk of tapering by the European Central Bank. The BoE said on Thursday it may need to raise interest rates faster than the market suggests, assuming that Brexit goes well.

“Investors are trying to make sense of contradictory forces,” said Ben Kumar, a London-based investment manager at Seven Investment Management, which oversees about 10 billion pounds ($13 billion). “Everyone’s quite optimistic and companies are making lots of money and this is all good stuff, and they start thinking about Mario Draghi and the taper and how much that will hurt.”

Here are the key events this week: