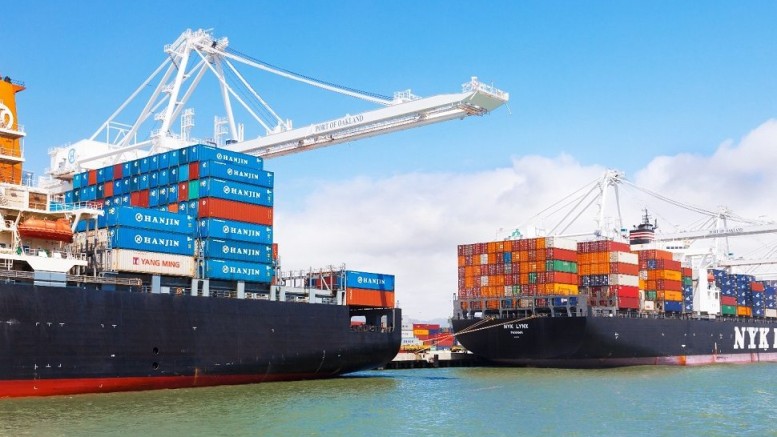 In a bid to tackle piracy, illegal oil bunkering and human trafficking, the European Union has partnered Nigeria and other member countries of the Economic Community of West African States to combat maritime crime in the Gulf of Guinea.

The EU stated that the piracy, armed robbery, smuggling and illegal fishing taking place in the Gulf posed a major threat to maritime security and to the economic development of Nigeria and other countries in the region.

The Head of Cooperation of the EU Delegation to Nigeria and ECOWAS, Mr Kurt Cornelis, who said this during the ‘Coordination Meeting of Maritime Security Projects’ organised by the Improved Regional Fisheries Governance Programme in West Africa in Abuja, on Monday, disclosed that the EU had voted €155m (about N62.6bn), for implementation of key ECOWAS strategies.

Cornelis explained that in 2017, the Gulf of Guinea recorded 81 attacks on ships of which 42 were related to piracy and 39 were armed robberies, while 32 seafarers were kidnapped for ransom.

He stated, “The EU is committed to supporting regional efforts towards improving maritime security in the Gulf of Guinea and supporting the development of local capacities of coastal states.

“To this end, EU regional programmes in the Gulf of Guinea dedicated to security are currently worth more than €155m covering not only support to the implementation of key ECOWAS strategies such as the integrated maritime security, but also the regional strategy to fight illicit drug trafficking and the regional policy for fisheries supported by the PESCAO project (Improved Regional Fisheries Governance Programme in West Africa).”

The Commissioner for Political Affairs, Peace and Security, ECOWAS Commission, Gen. Francis Behanzin, in his remarks, noted that the meeting was part of the operationalisation of the maritime security architecture of the ECOWAS region, which he said was in line with the ECOWAS Integrated Maritime Strategy as adopted by the Heads of State and Government of ECOWAS on March 27, 2014.

The implementation of the strategy, he said, required the participation and collaboration of all stakeholders who collectively assumed responsibility for the ECOWAS maritime domain.

“In the end, ECOWAS constantly keeping in mind that the main objective of the maritime strategy is to support and encourage the creation of greater wealth through the development of a prosperous, stable and environmentally, friendly economy, the output of this meeting is expected with the hope that it will be of benefit to the region,” Behanzin stated.

Be the first to comment on "EU Votes N62.6bn to Combat Maritime Crime, Partners Nigeria, ECOWAS"