Stakeholders in the Enugu Free Trade Zone have declared willingness to work with the Federal Government through the Ministry of Aviation in addressing concerns about the proximity of one of the units of the free zone to the Akanu Ibiam International Airport.

Enugu Power Free Zone Company, which manages the facility development, stated in a statement on Sunday that the need to work together in addressing safety concerns at the airport had become necessary to clear misconceptions over the well-conceived aviation facility development and growth plans that informed the location of the free trade zone close to the airport.

The statement came in reaction to media reports crediting the Minister of State for Aviation, Sen Hadi Sirika, with statements that the Federal Government was considering downgrading the Akanu Ibiam International Airport, Enugu, to local status and subsequently shutting it down due to safety concerns.

Sirika is reported to have listed major safety concerns at the airport to include bad runway, state radio mast on landing approach to the runway, location of EFTZ at the end of the runway, and threats of bird strikes from an abattoir at a nearby market.

Chairman of Enpower FZC, Mr Emeka Ene, who stated that the reports of the minister’s comments had already triggered panic among international investors that staked interests in the free trade zone, said the company and Enugu State government were already working to address all concerns raised by the minister, including mast removal and market relocation.

He, however, clarified that the EFTZ which was the only such facility in the South-East zone of the country was eminently certified compliant to the Nigerian Civil Aviation Authority and the International Civil Aviation Organisation Annex 14 regulations for Aerodrome Safety and Height restrictions.

“The EFTZ was approved by the Federal Government in 2015 and the registration and operating licenses issued by Nigerian Export Processing Zone Authority to operate as a free trade zone following a rigorous evaluation process spanning seven years,” the statement added.

Be the first to comment on "Enugu Airport: EFTZ to Cooperate With Govt on Safety Concerns" 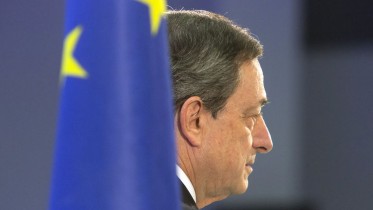 The U.K. pound rose for the first time in three days after evidence emerged that the campaign to keep Britain in the European Union is…