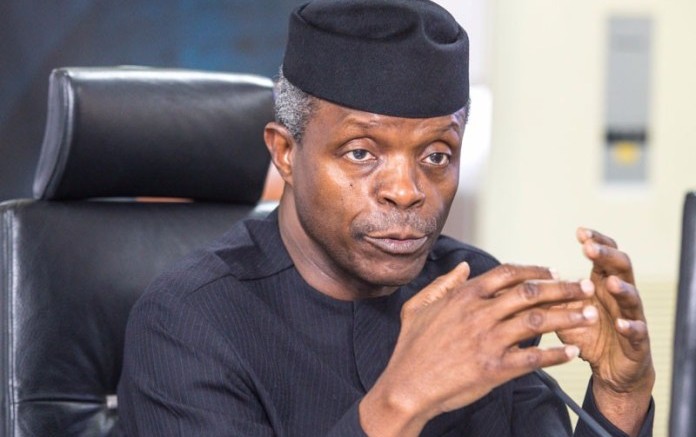 The Acting President, Prof. Yemi Osinbajo, has described the successful anchor of the $16bn Egina Floating Production, Storage and Offloading project as a celebration of local content and the success of the ease of doing business in the seaports sector.

He made this statement during a visit to the Lagos Deep Offshore Logistics base, according to a statement from the Nigerian Ports Authority.

LADOL currently plays host to the FPSO reputed to be the first of its kind in the sub-Saharan Africa.

The project is handled by the Samsung Heavy Industries on behalf of Total Upstream Nigeria Limited, with LADOL serving as its local content partner.

He said, “Excellent work has been done here and this would be sacrosanct to the Economic Recovery and Growth Plan of government in the long run as would be evident in the nation’s Gross Domestic Product in no distant time.”

The statement signed by the Assistant General Manager, Corporate and Strategic Communications, NPA, Mr Isah Suwaid, quoted him as congratulating the Nigerian Content Development and Monitoring Board for contributing effectively to bringing the facility and project to fusion.

The Acting President maintained that the Buhari-led administration had laid a solid foundation for the growth of the Nigerian economy.

“The first is that we strongly believe that the Nigerian economy must be private sector-driven. This project, for example, is a $16bn project, about N5tn. The entire Nigerian budget is about N9tn and our spending on infrastructure, which is the largest in the history of Nigeria, is N1.5tn. So, it tells you that this project alone is several times more than the Federal Government’s spending on infrastructure. This is the story of developed economies; they are private sector-driven, and there is no way that government’s revenue can possibly satisfy the demand,” he said.

While speaking to stakeholders during Osinbajo’s visit, the Managing Director, NPA, Hadiza Bala-Usman, said that the successful berthing of Egina FPSO was as a result of operational efficiency and very robust synergy between the NPA, LADOL and other stakeholders.

Usman encouraged other operators to emulate the investments made by Total, LADOL and Samsung Heavy Industries, adding that government had provided a level playing field through anti-monopoly policies which had yielded great dividends. 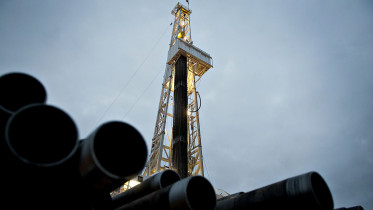 Nigeria’s Crude Oil Reserves Rise to 37bbls The relative peace in the Niger Delta has begun to yield dividends as the nation’s crude oil reserves,…