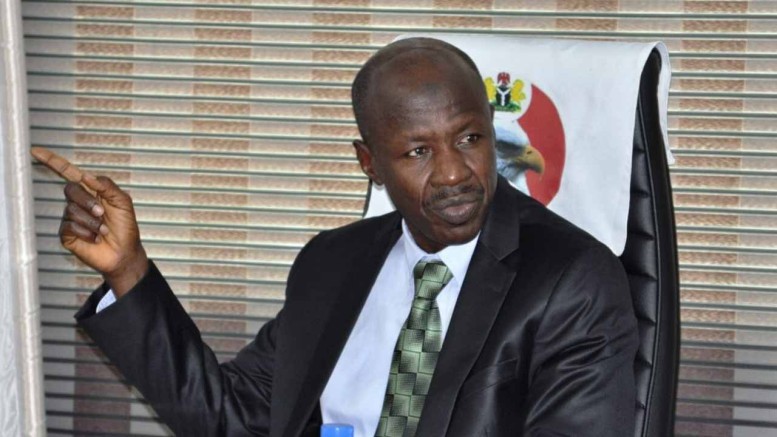 No fewer than 17 suits on the propriety or otherwise of Mr. Ibrahim Magu remaining as the Acting Chairman of the Economic and Financial Crimes Commission have been filed before various divisions of the Federal High Court.

Lawyers, who appeared before Justice Gabriel Kolawole of the Federal High Court in Abuja when one of the cases came up on Tuesday, said a related case was filed in the Yola Division of the court in Adamawa State, while another case on the same subject is before the Kano Division of the FHC.

Thr Majority of the cases were said to be pending before various judges of the Abuja Division of the court.

It was learnt that some of the 17 cases were in support of Magu, while the rest sought Magu’s removal from office on the grounds that he had been rejected by the Senate.

Meanwhile, when one of the pro-Magu suits came up before Justice Kolawole on Tuesday, two lawyers, representing two different law firms, presented separate letters of engagement to them to represent the Senate President, Dr. Bukola Saraki, and the Senate.

The judge directed the two lawyers to sort out the conflicting briefs they got from the Senate before the next hearing date for the particular suit.

The particular suit was instituted by a Senior Advocate of Nigeria, Mr. Jibrin Okutepa, who was represented on Tuesday by Mr. Ocholi Okutepa.

President Muhammadu Buhari, the AGF, the National Assembly, the Senate and Saraki are the respondents to the suit.

But before the case was adjourned on Tuesday, Mr. Musa Abdul, who represented the Attorney General of the Federation and Minister of Justice, Mr. Abubakar Malami (SAN), sued as the second defendant, told the judge that the AGF had written to the former Chief Judge of the court, Justice Ibrahim Auta, seeking the consolidation of the cases.

He explained that the AGF’s office was aware of 10 cases in respect of Magu’s chairmanship of the EFCC and was therefore necessary to have the cases heard by one judge in order to avoid a situation where judges of the FHC would give conflicting decisions on the same subject matter.

Abdul stated that the former Chief Judge had also replied the AGF’s letter.

But one of the two lawyers, seeking to represent the Senate and Saraki in the case, Abang, said he was aware of 17 cases.

“There are, in fact, 17 cases on this subject matter. In fact, I will be appearing before Justice A. R. Mohammed in another case concerning the subject matter immediately I leave this court.

“We also have a similar suit in the Kano Division of the court,” he added.

He said his law firm had also formally requested the Chief Judge to consolidate the cases.

The other counsel, Alhassan, also intimated the judge about the case pending before the Yola Division.

After listening to the parties, Justice Kolawole directed them to bring to the attention of the Acting Chief Judge of the FHC, Justice Abdu Kafarati, efforts that had been made to get the cases heard by one judge.

He agreed that there was the need for the cases, including those filed in Kano and Yola, to be consolidated to avert “conflicting decisions” by the Federal High Court on the same subject matter.

He adjourned for about four weeks to await the directive of the Acting Chief Judge.

Justice Kolawole also noted that Alhassan and Abang, who were both seeking to represent the Senate and Saraki, “cannot be heard as currently constituted.”

The judge urged the two lawyers to “put heads together” and sort out their representation for the Senate and Saraki before the next hearing date.

The judge adjourned until November 1.

A lawyer, Mr. Oluwatosin Ojaomo, had earlier filed a suit seeking a declaratory order deeming that the Senate had confirmed Magu as the substantive Chairman of the EFCC.

In his originating summons, with suit number FHC/ABJ/CS/59/17, the plaintiff asked Justice John Tsoho to hold that the Senate lacked the statutory powers to reject the appointment of Magu having been validly nominated by President Muhammadu Buhari in consonance with the EFCC (Establishment) Act, 2004.

The suit joined Saraki and the AGF.

In the 17-paragraph affidavit of urgency deposed to by the plaintiff, he wanted the court to hold that Magu’s appointment by Buhari was based on his sterling performance at the EFCC.

He added that Magu had courageously fought corruption in Nigeria according to his mandates and had successfully “recovered humongous sums of money” from the looters of the Nigerian treasury.

The plaintiff noted that Saraki and his wife were part of the persons currently being investigated by Magu.

He stated that the development implied that Magu would never get fair hearing before a Senate presided over by Saraki.

The plaintiffs had, also in the same suit, urged the court to compel Buhari to sack the suspended Secretary to the Government of the Federation, Mr. Babachir Lawal.

But upon an oral application by the plaintiffs’ lawyer, Mr. Kindgdom Okere, on Friday, seeking the withdrawal of the suit, Justice Tsoho struck out the case.

Speaking with our correspondent after the July 7 proceedings, Okere had told our correspondent that the boards of the plaintiffs had reviewed the activities of Magu as acting Chairman of the EFCC and had decided to support him.

FG in Talks With Saudi Company for Sukuk Loan

Be the first to comment on "EFCC Chair: Court Flooded With 17 Suits Over Magu" 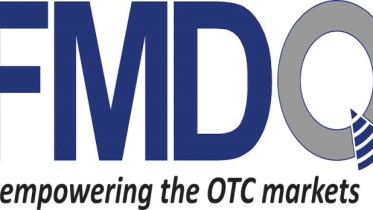 Transactions on FMDQ OTC Exchange Rise to N130tn in 11 Months

Transactions on FMDQ OTC Exchange Rise to N130tn in 11 Months Transactions in the fixed income and currency markets rose by 21.9 per cent to…