The report obtained at the weekend indicated that foreign inflows and outflows rose to N206.35 billion and N175.47 billion in first quarter, indicating a positive net foreign investment position of N30.9 billion. Total foreign inflow and outflow of N62.35 billion and N148.71 billion were recorded in comparable period of 2017, which left the country with net FPI deficit of N86.36 billion.

These two key indicators-inflow and outflow- are used to measure foreign investors’ participation in the equities market as a barometer for the economy. FPI outflow includes sales transactions or liquidation of equity portfolio investments through the stock market while inflow includes purchase transactions in the market.

The report is regarded as a credible gauge of FPI as it coordinates data from nearly all active investment bankers and stockbrokers.

Commenting on the FPI, the Chief Executive Officer, Capital Assets Limited, Alhaji. Ariyo Olushekun, said it indicated confidence in the capital market in particular and economy in general.

According to him, the positive trading position of the FPI shows that foreign investors see value in the economy and the stock market, since investors trade for value. 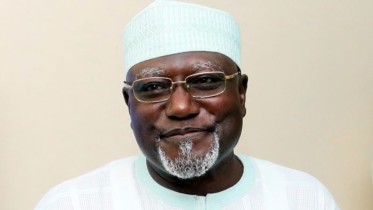 Lawal Daura: Another Cabal Member Ousted Lawal Daura was, up until about noon on Tuesday, the Director-General of the Department of State Services. His kinsman,…