Interswitch limited has put on hold its plan to raise as much as $1bn in an initial public offering, following the persistent decline in naira value against foreign currencies as investors are reportedly wary of further weakness in the local currency.

The company which processes payments for banks and owns a brand of debit cards in Nigeria said last year it met with banks, including the Bank of America Corporation, Barclays Plc and Standard Bank Group Limited about a potential 2016 share sale in Lagos and London.

The IPO would have enabled the London-based private equity group, Helios Investment Partners LLP, a shareholder, to return some money to investors, Interswitch Chief Executive Officer, Mitchell Elegbe, was quoted by Bloomberg to have said in a December 16 interview.

“The macroeconomic situation in Nigeria is the determining factor” in delaying the plans, Elegbe said, adding that potential investors were “jittery” about the naira exchange rate and whether they would be able to buy foreign exchange to get their money out of the country.

Nigeria imposed a peg on the naira in early 2015 to protect the currency and conserve reserves in response to the plunging price of oil. The move starved lenders of foreign exchange and prevented companies from accessing enough dollars to import raw materials and repatriate profits.

The naira has slumped 36 per cent since the peg was ended six months ago, still more than 30 per cent stronger than the black market rate against the dollar.

A deal leading to a dual listing in London and Lagos could value Interswitch at more than $1bn, people with knowledge of the matter said in February.

While Interswitch will revisit the IPO plans, its focus now will be on expansion, targeting two East African countries to add to operations in Kenya, Tanzania, Uganda and Gambia, Elegbe said, without giving details.

Interswitch has issued more than 15 million payment cards in Nigeria and has grown this year even as the country slumped into a recession, Elegbe said, adding, “Nigerians are increasingly keen to use electronic payments.

Electronic payment penetration is less than 10 per cent in this country, so there’s still 90 per cent to go after. We’re ahead of our budget for the year.” 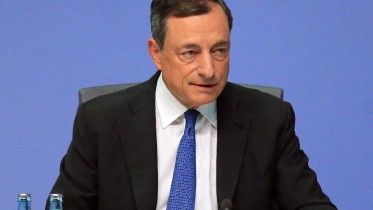 Mario Draghi signaled the European Central Bank probably won’t stop its quantitative-easing program without tapering it first, indicating that the stimulus is likely to run…