Heritage Bank Plc is currently stuck in a debilitating liquidity situation, according to a SaharaReporters report.

Our sources disclosed on Monday that the bank is unable to meet customers’ immediate withdrawal requests and has wiped out all foreign currency domiciliary accounts through physical theft of cash by the bank’s directors.

First Bank Plc, which handles Heritage Bank’s universal clearing activities, has threatened to blacklist the bank and stop further clearing transactions if its outstanding deficit of over N5billion is not cleared.

Sources said the bank’s operations in the Northern part of the country region are sustained by one customer, Rano Oil Limited, which maintains a deposit with Heritage Bank because its Chairman is unaware of the severity of the situation in the bank has slipped into.

Among others, the Managing Director is alleged to have been involved in the laundering of about N12.8billion. Two insurance firms: IEI Insurance Plc, and the National Insurance Commission of Nigeria, are said to be connected to the matter.

Also, the report noted that the Economic and Financial Crimes Commission (EFCC) was prepared to charge the Managing Director to court, but did not, following the intervention of Senate President Bukola Saraki, who is a part-owner of the bank. The EFCC, whose chairman is awaiting confirmation by the Senate, stepped back.

Customers with foreign currency deposits are facing severe difficulties because they no longer have access to those funds.

Because of the magnitude of the bank’s problems and the possibility of prosecution, the Managing Director is said to have taken ill.

Out of about 500 Automated Teller Machines (ATMs) of the bank in the Lagos metropolis, only 138 are currently dispensing cash, the bank lacking money to feed the others.

Bank sources said a sum of N140million is required to supply all the ATM locations, and Heritage struggles to provide N10million for these ATM locations, which is why its machines rarely dispense cash.

The three-dimensional feuds have ensured that positions, postings or deployments are made on lines of group loyalty, with competence plainly ignored. The bank’s Treasurer, Mr. Abidemi Shonaiki, was eased out of the bank when the Managing Director was on leave.

Insiders revealed that the bank has been turned into a compost heap by its top management staff, who among other misdeeds, use customers’ naira deposits to finance the acquisition of private properties in Lagos, Abuja, and Port Harcourt. They are also said to award contracts at inflated costs to the Managing Director, relatives, and friends of executive directors; employ top management staff without clearance from the CBN; bribe CBN staff on banking inspection with dollars; and cover up the bank’s liquidity problems by buying cash from other banks without the required documents or due diligence.

The Heritage Bank management portfolio of misdeeds is also said to include paying N100million bribe to pension funds officials for patronage retention; illegal warehousing of N1.2billion that should be in the Treasury Savings Account; as well as illegal clearance of customers’ deposits via issuance and payments of questionable ‘PRs’ in hundreds of millions.

The CBN Governor has ensured that these misdemeanors are kept hidden due to political pressure by the owners of the bank, and because the CBN doesn’t want to give the appearance of further distress in the banking sector following the recent crisis at Skye Bank.

The bank’s ailments have also manifested in the practice of debiting customers’ accounts for transfers without crediting the beneficiaries for days, blaming it on network failure; arbitrary sacking of staff who insist on standards; sacking of staff who exposed the fraud involving the Nigeria Ports Authority through which N7billion was illegally warehoused and diverted in clear violation of TSA directives; and refusal to report fraudulent activities involving relatives and cronies of the Managing and Executive Directors.

Other symptoms of poor corporate governance include the transfer to Abuja, but not sanction, of an Executive Director and General Manager from Lagos for committing fraud; promoting Managing Director’s relatives without appraisal; fraudulent conversion of bank properties by the Managing Director and top management staff; and the procurement of N2billion worth of furniture items and N3billion Toyota cars without passing through tender procedure.

Also, the bank awarded all cleaning contracts to one Mrs. Akpobome, who used different names for contracts, which cover North, South, West, East and Abuja outlets of the bank. The Managing Director and other top management staff also award contracts to their wives and children without due diligence.

The bank, the sources added, employed school certificate holders as officers, assistant managers, deputy managers or managers, even without experience.

Be the first to comment on "Distress Hits Heritage Bank, CBN In Cover-up Mode" 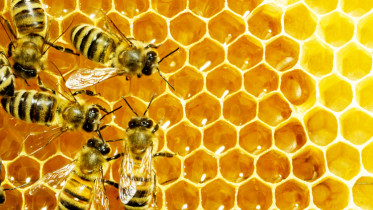 Nigeria to Start Bee Export by 2018 Nigeria will start exporting bees to other countries next year, the National President, Federation of Bee keepers Association…