The Nigerian banking sector, a key economic growth and development driver has again come under review with the recently released appraisal by Moody’s Investors Service, (Moody’s), which rated seven banks high at a time the industry continues to face several challenges occasioned largely by the recession in the country.

Expectedly, the latest rating has been eliciting reactions from analysts and observers, who situate the report in the context of the current economic challenges in the country.

The immediate interpretation, which appeared to be a consensus among analysts and observers, was that the seven highly rated banks have built strong buffers and quality assets to mitigate losses arising from non-performing loans and other business and or transaction risks. Some also held that it highlights good corporate governance, which they argued, played critical roles in building buffers and increasing earning capacities.

However, while there are questions on why only seven banks are rated among the lot, indications are that the rating portray a positive outlook for the nation’s banking industry particularly in the midst of a recession even as some analysts opined that it calls on the Central Bank of Nigeria to step up its regulatory functions.

According to Moody’s, “The NSRs provide a measure of relative creditworthiness within a single country, and are derived from global scale ratings (GSRs) using country-specific maps. With fewer than 20 fundamental issuers in Nigeria rated by Moody’s, the NSR map has been designed using Moody’s standard approach, whereby the map design is selected from a set of standard maps based upon the anchor point, or the lowest GSR that can map to a Aaa.ng. Nigeria’s anchor point is set at B1, on par with the sovereign rating.

Moody’s also notes that, “There will be no recalibration of Nigeria’s NSR maps if the sovereign rating is downgraded from current levels (B1), as the rating agency believes that the B1 map provides more than sufficient ability to differentiate and rank order credits in countries where the anchor point would otherwise be lower, even though the top of the national rating scale might be unavailable to even the highest rated domestic issuers.”

According to a Port Harcourt-based economist and business operator, “This is a reflection of strong fundamentals in the banking system. It means the banking industry is strong compared to other similar markets.”

Analysts contended that in interpreting the report, in the context of how it portrays the nation’s banking system, cognizance must be taken of the challenging economy. According to an analyst at the Lagos Chamber of Commerce and industry (LCCI), who preferred anonymity, “Banks can only be as healthy as the economy and the investors that they serve,” adding that many of the banks are facing challenges and are only able to buffer the challenges with trading in Foreign Exchange (FX) particularly the greenback.”

Indeed, many of the banks have varying degrees of exposures to the oil and gas, manufacturing and power sectors, which in turn weigh heavily on their performances.

Another analyst said that a Central Bank of Nigeria (CBN) Financial Stability Report indicated that between December 2015 and June 2016, NPL in the banking sector recorded about 158 per cent increase. THISDAY findings also revealed that total credit exposures of banks, according to CBN report, stands at about N15 trillion. While the huge exposure to the oil and gas sector is understandable in the light of global fall in oil prices coupled with the decline in local crude oil production and export, that of the power sector, analysts contended, is largely due to the capital intensive nature of the sector.

The manufacturing sector, on its part, has continued to battle with shortage of forex. Many of the exposure, gathered is traceable to loans that had to be re-priced, following the volatility in the exchange rate as many of the manufacturing concerns, who secured FX denominated facilities at N197 to a dollar are having to pay more with the adoption of the flexible exchange rate regime.

Speaking in an interview, an economist and Research Analyst based in Lagos, Rotimi Oyelere, argued that the report was good for the banking industry.

According to him, it would restore some measure of confidence in the industry after the initial apprehension that all may not be well with most banks, given that some analysts had opined that only the stocks of Tier 1 banks are worth holding on to on the long term at the FBNQuest investor conference which held recently.

In the same light, Chief Executive Officer of Cowrie Assets, Johnson Chukwu, explained that the fact that only seven banks were rated did not mean other banks that were not rated are doing badly. According to him, ratings are a function of banks requesting to be rated on the one hand and, whether the other banks meet the preferred rating guidelines of the rating agency.

Interestingly, Chukwu stated that the report shows that, “Despite the economic challenges in the country Nigerian banks do not face any immediate threat of financial crisis.” Specifically, he pointed out that, “They don’t face any threat of solvency or liquidity.” Lending his voice to Chukwu’s assertion, Oyelere noted that, “The rating is good for the banking industry, particularly at this time of economic crisis. The increasing level of non-performing loans has earlier raised some level of concern on the health status of the entire industry; hence this rating is poised to mitigate tensions that could trigger systemic industry crisis. With this development, tepid investors may begin to reconsider investing in these banks, this is because banking business is perception driven.”

“However, there may be another round of concerns on the status of the remaining banks that fail to get high ratings. Hence, the regulators, CBN must institute mechanism to manage emerging risks since the entire banking industry’s prosperity is its overarching target.

“Rating agencies don’t have to rate every banks. Banks that are rated submit to be rated. Again, rating agency sometimes set prescribed guidelines and it could be that the banks that were not rated do not fall within those criteria,” he added.

Oyelere cautioned that, “Despite the high rating, the exposure of loans to volatile sectors (oil and gas) together with level of dollar-denominated obligations could pose serious threats to the banks growth and profitability.

He advised the banks to “take advantage of the current economic turmoil to create innovative products and support initiatives with long-term potential returns to investment.

The apex bank must intensify its regulatory obligations to ensure banks strictly adhere to guidelines and business regulations.”

Be the first to comment on "Despite Recession, Clean Bill of Health for Banks" 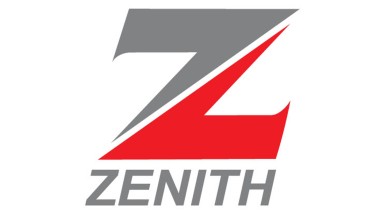