The lack of final investment decisions on seven offshore deepwater oilfield projects in the country poses a threat to the country’s target of 40 billion barrels of crude oil reserves by 2020, our correspondent has learnt.

The Federal Government in 2010 set the target of 40 billion barrels of crude oil reserves and a production of four million barrels per day by 2020.

Last year, the Group Managing Director, Nigerian National Petroleum Corporation, Dr Maikanti Baru, said to achieve the target, the country would need an increment of at least one billion barrels in reserves year-on-year up until 2020 and a half of a million barrels in incremental production capacity per day within the same time frame.

A petroleum expert, Mr Bala Zakka, who expressed concerns about the delayed deepwater projects, told our correspondent that international oil companies would continue to invest in the nation’s oil and gas industry if the investment climate was good.

“So, the moment there is a delay or suspension of exploration activities, it will be difficult to increase reserves, which are not good for the country because the volume of reserves you have also play a role in the kind of production quota that would be allocated to the country by the Organisation of Petroleum Exporting Countries.”

Industry analysts have attributed the lack of the FID to the delay in passing the Petroleum Industry Bill, the proposed review by the Federal Government of the existing Production Sharing Contracts and the steep fall in global oil prices.

The 125,000-bpd Usan deepwater field started production in February 2012, and since then, no major oil field has come on stream in the country.

Total’s $16bn Egina deepwater oilfield project, whose Floating Production, Storage and Offloading vessel is undergoing integration in Lagos, is expected to achieve first oil in the fourth quarter of this year. It will add 200,000 barrels per day to Nigeria’s oil production.

The Managing Director, Shell Nigeria Exploration and Production Company, Bayo Ojulari, said on Tuesday that Royal Dutch Shell and its partners would decide next year on whether to go ahead with the development of Nigeria’s Bonga South-West offshore oilfield.

Reuters quoted him as saying that Shell was negotiating a production sharing contract with the Nigerian government, which would determine the viability of the project.

“A time frame for the FID will be announced after the conclusion of commercial discussions with [the Nigerian] government. The discussions are ongoing and may be concluded soon,” Ojulari was quoted by S&P Global Platts as saying in a company statement.

Developing Bonga South-West was billed to cost $10bn, according to the NNPC estimates.

The bulk of Bonga South-West’s resources are located in an area referred to as Oil Mining Lease 118 but it also extends into the OMLs 132 and 140, areas operated by Chevron, where the field is called Aparo.

Other partners in the project are France’s Total, Italy’s Eni and South Africa’s Sasol Petroleum.

Faced with declining oil revenue, Nigeria announced in 2015 that it planned to review the PSCs with foreign companies, proposing an increase in royalty rates for terrains beyond 1,000 meters, from zero to three per cent, and a royalty rate of eight per cent for output of up to 50,000 bpd.

The Nigeria Extractive Industries Transparency Initiative said last week that the failure to review the PSC agreement with foreign companies cost the Nigerian government $35bn in revenue between 2015 and 2017.

Under the PSCs, the NNPC holds the concessions, and the outside drillers fund development of the mostly deepwater offshore blocks and recover their costs from the production after royalty payments.

The Energy Information Administration, the statistical arm of the United States’ Energy Department, noted that several planned deepwater projects in Nigeria had been repeatedly pushed back because of regulatory uncertainty.

It said some draft versions of the PIB had prompted questions about the commercial viability of deepwater projects under the proposed changes to fiscal terms.

The EIA said, “Deepwater projects have typically included more favourable fiscal terms than onshore/shallow water projects, but the PIB, if passed into law, is expected to increase the government’s share of production revenue coming from deepwater projects.

The agency noted that the Federal Government took measures to attract investment in deepwater acreage in the 1990s to boost production capacity and to diversify the location of the country’s oil fields.

It said to encourage investment in deepwater areas, involving higher capital and operating costs, the government offered the PSCs in which the IOCs received a greater share of revenue as the water depth increased. 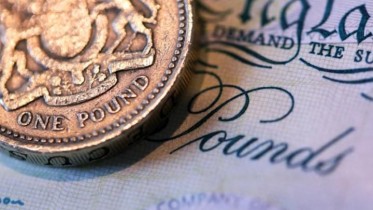 Pound Slips on Brexit Day; European Stocks Drift European stocks and U.S. share futures struggled for direction as a bounce on optimism over the American…