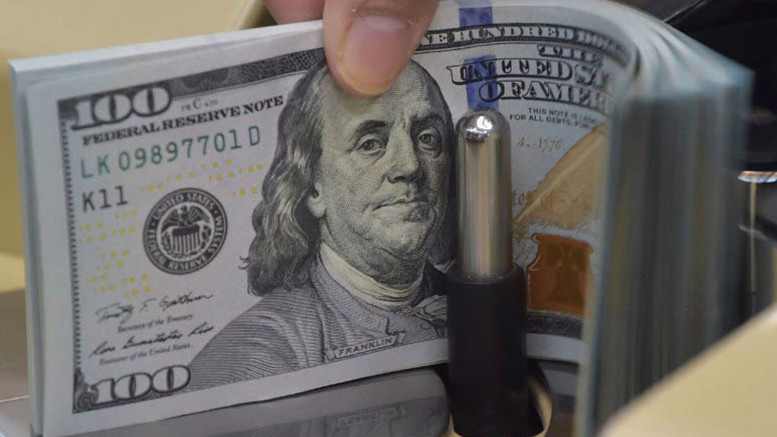 The Federal Government spent a total of N927.74bn in the first half of this year to service the nation’s loan obligations to local and external creditors, figures obtained from the Budget Office of the Federation have revealed.

The amount is N7.07bn higher than the prorated sum of N920.67bn expected to be spent from January to June this year.

A breakdown of the N927.74n debt service figure showed that it costs the Federal Government the sum of N871.94bn to maintain its domestic debt in the first six months of this year.

This represents about 94 per cent of the entire amount spent on debt service.

The amount spent on foreign debt service was put at N55.8bn, which is about six per cent of the total.

While the Federal Government has maintained that the country currently has low debt levels relative to total output, experts have argued that the low ratio to revenue poses substantial risk to the public debt portfolio.

The Medium Term Expenditure Framework, which contains the government’s fiscal strategy for the 2018 to 2020 period, puts Nigeria’s total public debt stock at N19.16tn, representing about 18 per cent of the nominal Gross Domestic Product.

The document stated that the Federal Government’s domestic debt stock accounted for 63 per cent of the total debt, while the states’ domestic debts were 15 per cent.

It added that the external debts of both federal and state governments represented the residual of 22 per cent.

It noted that the domestic debt represented 80 per cent of the debt stock of the federation.

The rising domestic debt profile, according to the document, is part of an ongoing strategy to deepen the domestic debt market and reduce exposure to exchange rate risks associated with debt contracted in foreign currencies.

This strategy, the government said, had yielded good results with the development of several debt instruments.

However, it was learnt that the rising cost of servicing the domestic debt had led to a realignment of the strategy.

This, according to the government, will entail a rebalancing of the debt portfolio from 84:16 distribution between domestic and external debt, to a 60:40 ratio by the end of the 2019 fiscal year.

The implications of this, according on the MTEF, is that longer term external financing will form a significant part of Nigeria’s debt portfolio going forward.

To mitigate exchange rate risks, the document stated that new borrowing would be contracted to fund investment projects at concessional rates where possible.

It explained that projects to be financed with external loans would be those supporting non-oil export and reducing import dependence, such that there would be no risk of external debt overhang.

It stated, “Nigeria’s public debt has increased significantly in recent years as the Federal Government has increased borrowing to finance its budget deficit. Although the country currently has low debt levels relative to total output, its low ratio to revenue poses substantial risk to the public debt portfolio.

“Yet the country needs additional resources, including debt resources to fund economic recovery and diversification. Government is cautious of the implications of its expansive fiscal policy programme under a tight revenue profile. The fiscal deficit will be maintained within the three per cent level stipulated by the Fiscal Responsibility Act, 2007 but at an average of about 1.93 per cent of the GDP, but declining to less than one per cent by 2020.”

It added, “Debt financing will be restructured gradually in favour of foreign financing, while domestic financing is de-emphasized.

“This will prevent the crowding out of the private sector and accord private capital a leading role in driving growth.”

Finance and economic experts, who spoke on the development, cautioned the Federal Government against further borrowing.

They stated that the country’s debt profile of N19tn was becoming unsustainable as it might be difficult to service it owing to revenue challenges.

The experts advised that rather than continue to rely on borrowing to finance its activities, the Federal Government should adopt other sources of funding the infrastructure needs of the country such as concession, privatisation, and public-private partnership arrangement.

Those that spoke to our correspondent in separate telephone interviews are the President, Institute of Fiscal Studies of Nigeria, Mr. Godwin Ighedosa; and the Director-General, Abuja Chamber of Commerce and Industry, Mr. Chijioke Ekechukwu.

Ekechukwu said, “It is expected that the debt profile of the country will rise considering the fact that we have a deficit budget and even the deficit side of the budget was not met in the last budget year.

“With the recession of last year, the government will need to continue borrowing to meet the increased size of the deficit. Of course, the borrowing portends danger for the economy, because our debt profile is rising and we do not know when we are going to scale it down.”

In his comment, Ighedosa stated that while it was not bad to borrow, there was a need for a reduction in government expenditure

He added, “We have a high fiscal deficit, which can only be funded through borrowing. When you borrow for investment, it improves the position on your balance sheet but when you borrow for consumption, it can cause problems for the economy as it will affect the level of confidence in the economy from investors, because they will assume we can’t manage our economy.

“We already have a debt overhang, and as it is, we are building that up and so there is a need to reduce the rate of borrowing.”

But defending the government’s borrowing, the Minister of Finance, Mrs. Kemi Adeosun, expressed confidence that the Federal Government’s revenue and debt management strategy would mitigate the country’s debt service risk and fast-track its development.

The minister noted that the government was refinancing its inherited debt portfolio and this would lead to significant benefits, particularly a reduction in cost of funds.

She said, “The proposed refinancing of $3bn worth of short-term treasury bills into longer tenured international debt is expected to save N91.65bn per annum.

“Other benefits of our revenue and debt management strategy include improvement in foreign reserves as well as reduced domestic debt demand, which will reduce crowding-out of the private sector, and support the aspirations of the monetary authorities to bring down interest rates.”

While welcoming the advice of Nigeria’s international development partners, including the International Monetary Fund, Adeosun said the strategy would achieve a number of objectives for the country.

She stated that a key element of the economic reform strategy was the mobilisation of revenue to improve the debt service to revenue ratio. 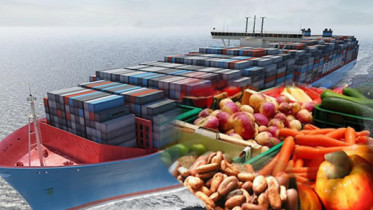 Amidst efforts by the Federal Government to diversify the economy from oil, the prospects of earning revenue from the non-oil sector are fast fading, owing…