A report by the Nigerian Communication Commission (NCC) has revealed that data used up by Nigerian subscribers rose by approximately 50 per cent at 68,154.12 terabytes as of December 2018.

The analysis also revealed that the total active internet subscriptions for mobile segment increased from 98.96 million as of December 2017, to 112.06 million in December 2018.

The report further revealed that within the period under review, Airtel, MTN and Globacom internet service providers recorded an increase in internet subscription while 9mobile suffered a decline in subscriber base.

By December 2018, Airtel’s Internet subscribers had increased by 24.1 per cent, MTN recorded a 21.7 per cent increase, Globacom’s subscriber base grew by 3.9 per cent but 9mobile’s internet subscribers reduced by 1.38 per cent. This reduction, according to the NCC, was due to its low gross sales within the one-year period.

The NCC also reported that a decline in tele-density between February 2017 and September of the same year, was recorded across all technologies in the country including; Mobile GSM, Mobile CDMA, Fixed Wired/Wireless and Voice over Internet Protocol.

It noted that the decline was caused by inadequate power supply as well as poor coverage due to militancy and multiple taxations.

Following the increase in the number of internet users in the country, the Nigerian Communication Commission (NCC) declared its commitment to fight cybercrime by sensitizing telecoms consumers about its threats to online transactions.

The NCC announced its intention during the 109th edition of the monthly Consumer Outreach Programme held in Osogbo, Osun State on Thursday, September 5th, 2019. The programme was centered on providing strategies to alleviate the effects of cybercrime in the country.

Be the first to comment on "Data Consumption Increases to 68,154Terabytes" 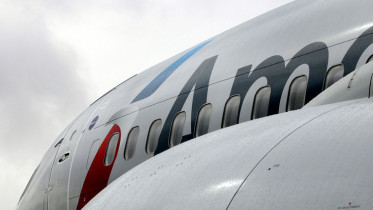 Airline earnings are set to advance 10 percent to a record $36.3 billion in 2016, aided by cheap fuel and an expanding U.S. economy, the…