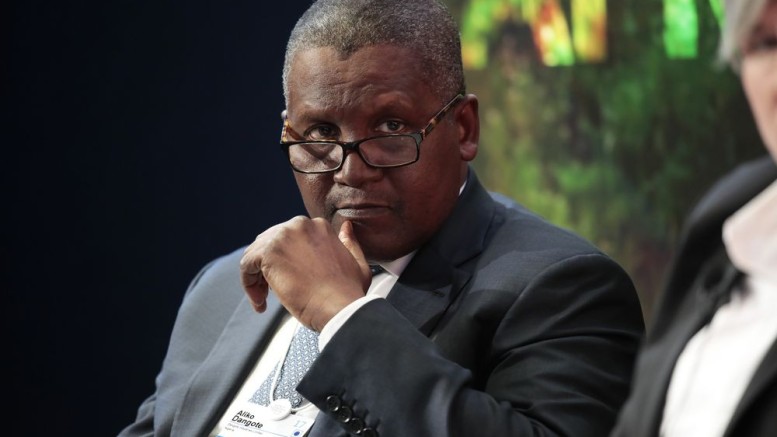 Dangote, the 65th richest person in the world, is now the second largest mover after Andrew Forrest, the founder and biggest shareholder of Fortescue Metals Group, whose net worth grew by 59 per cent in 2019.

Paul Wallace, a Bloomberg correspondent in Nigeria, attributed the sudden jump in Dangote’s wealth to the inclusion of its new fertilizer plant in his net worth.

Although, no value is attributed to the refinery in Bloomberg’s analysis because its still under construction, there is a clear indication it could push Dangote to the top of the leader with projected annual revenue of $30 billion, according to Dangote himself.

Critics have attacked, the world’s sixth most charitable person, for holding much of his wealth offshore and say he’s a shrewd monopolist who has plied his political connections to secure an advantage over competitors.

Dangote shrugs off such criticism while saying the best way to narrow the divide between poor and the rich is to enhance economic productivity and growth. He said, “China in 30 years has taken almost 500 million people out of poverty.” 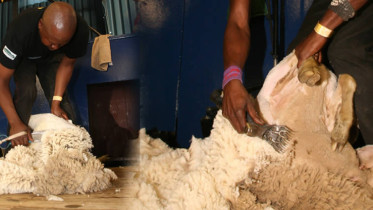 South Africa Wool Output to Rise From Century Low Wool output in South Africa, the world’s second-biggest producer of the variety used for clothes, may…

FG to Spend N5bn on Security for 104 Unity Schools