Nigeria Customs Service (NCS) said it has seized over 60,000 litres of petrol from smugglers since President Muhammadu Buhari closed the Nigerian land borders and instructed customs to halt the supply of petrol to filling stations situated at the borders, Abdullahi Maiwada, the Public Relations Officer, NCS Ogun 1 Command, disclosed.

Maiwada explained that at least 1,000 litres of petrol were seized from smugglers on a daily basis by the joint security agencies.

“On a daily basis, we seize about 1,000 litres of petrol on the average. So we are suppressing smuggling,” Maiwada stated.

President Muhammadu Buhari closed the country’s land borders in August 2019 to halt smuggling and force decorum across the nation’s borders. While the decision has helped curb smuggling and moderated Nigeria’s daily fuel consumption from 60 million litres per day to 52 million litres, it has also led to the surge in the inflation rate as the nation continues to struggle with rising consumer prices amid an increase in demand.

Customs Seize 21 Vehicles, Others Worth N2.8bn at Seme Border

Be the first to comment on "Customs Seizes Over 60,000 Litres of Petrol" 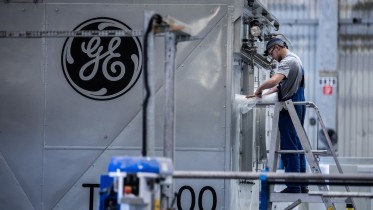 GE Cuts 2017 Profit Forecast General Electric Co. slashed its 2017 profit forecast as its new boss grapples with one of the deepest slumps in…