The Association of Bureau De Change Operators of Nigeria has told its members they will lose money if they engage in sharp practices in the foreign exchange market.

It advised members to comply with the association and the Central Bank of Nigeria’s regulations in their daily operations.

The President, ABCON, Alhaji Aminu Gwadabe, said these at an emergency meeting organised by the association to warn members against the consequences of engaging in illegal forex activities.

He spoke in Lagos on Monday.

Gwadabe said, “The purpose of this emergency meeting is to address certain current issues that have emerged in the market. If you think you are keeping money (forex), you are deceiving yourselves; you are going to lose money. The CBN is going to inject liquidity into the system.

“Let us not be deceived. No amount of frustration or coercion will stop the CBN as it has agreed to give liquidity and it will be a surprise.”

He enjoined the BDC directors to cooperate with the CBN and security agencies as they stepped up efforts to stabilise the foreign market and the exchange rate.

The ABCON leader assured its members that the association would continue to update them on emerging industry trends.

“Of course, we cannot completely claim some of us are not part of the parallel market operator. We cannot say no to it until we all agree to do it well and comply with all directives. That is when the regulators, security agencies will be willing to at least listen to what we are telling them.

Highlighting the responsibilities of the BDC operators, Gwadabe said, “You are expected to comply with your Know-Your-Customer policy, cash transaction report, and association transaction report; these three compliance area are key.

“Again, the security agencies and regulators have put the directors of the BDCs under watch. Don’t say you have not been informed.”

He said the recent fall in the value of the naira against the United States dollar was unacceptable, urging members to play their parts for the local unit to reverse the loss.

More Shipping Firms to Merge in 2017

Be the first to comment on "Currency Speculators’ll Lose Money, ABCON Warns BDCs" 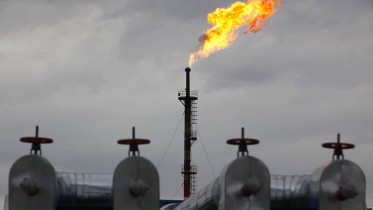 European Bank to Finance Solar Power in Nigeria, Others