The currency in circulation fell for the third consecutive month in June, with economic experts describing it as a positive trend for the nation’s inflation.

Data obtained from the Central Bank of Nigeria by our correspondent showed that the currency in circulation dropped by N30bn to N1.90tn as of June 30, 2018 from N1.93tn on May 31. It stood at N2.04tn and N1.96tn in March and April, respectively.

A professor of Economics at Olabisi Onabanjo University, Ogun State, Sheriffdeen Tella, stated that the reduction in the currency in circulation could be attributed to three factors.

He said, “First, the CBN is trying to mop up liquidity, so it may have cut down supply of currency into the economy. Secondly, people are moving their money out of the economy because of the exchange rate in the United States in order to buy foreign currency.

“Thirdly, politicians are stocking money for elections; they are not spending yet. These are the three main reasons that can account for the fall in the currency in circulation.”

According to Tella, though it is good that the CBN is tackling liquidity, there may be adverse effects on the economy.

“Too little currency in the economy will affect investment because investors need money to invest in the economy,” he said, adding that there was a need to do things moderately and encourage transactions to facilitate economic growth.

“The only way is for the government to start implementing the budget. When the implementation of the budget starts, more money will come into the economy,” Tella added.

A professor of Economics at the University of Nigeria, Nsukka, Hyacinth Ichoku, said, “Currency in circulation can drop if the CBN decides to withdraw money from the economy. This may be in order to further reduce inflation because when there is less money to speculate, it would make the level of inflation to drop.”

He noted the CBN could, on its own, decide to withdraw money from the economy “either because it is worried about inflation level or it aims to cut down consumption level in the economy.”

Ichoku said, “The CBN might just want to reduce currency in circulation to encourage long-term investment rather than short-term consumption. Also, the reduction may be in anticipation of the spending of politicians during elections. Especially now that the budget has been signed, the government will go into purchasing of services, consumer goods, payment of salaries, etc.

“We are entering into the quarter for political campaigns; it is likely that people will bring in money from abroad to fund election campaigns. The CBN may want to withdraw money from the economy to avoid inflation because they have been struggling to control it for some time, and they have been achieving it for a while now.”

According to him, the measure must have been taken by the CBN to prevent inflation from rising as a result of increased spending by politicians.

Another professor of Economics at the University of Lagos, Ndubisi Nwokoma, stated that a reduction in the currency in circulation would suggest the adoption of CBN’s cashless policy by more people.

He said more people were making transfers instead of spending physical cash.

According to Nwokoma, the economy is still booming despite the limited amount of cash in circulation.

He described it as a plus for the CBN with respect to their cashless policy and the aim to reduce liquidity.

Be the first to comment on "Currency in Circulation Falls to N1.93tn" 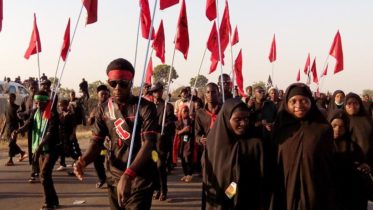