The Nigerian Autonomous Foreign Exchange (NAFEX), also known as I&E window, was introduced by the CBN in April 2017, when the nation faced a challenging forex crises, to boost liquidity in the foreign exchange market and also to ensure a timely execution and settlement for eligible transactions.

As stipulated in the I&E window policy, eligible transactions under the window includes transactions that are invisible in nature; loan repayments, loan interest payments, bills for collection and any other trade-related payment obligations, capital repatriations, software subscription fees, personal home remittances and such other eligible invisible transactions.

The Director, Corporate Communications of the CBN, Mr Isaac Okorafor who spoke with THISDAY, added that out of the $48 billion inflows, the CBN purchased about $9.67 billion.

“The I&E window has attracted about $48 billion inflows since inception. Of this amount, the CBN purchased about $9.67 billion,” the CBN spokesman said.

Records revealed that the I&E foreign exchange window has been maintaining a steady rise. As at the fourth quarter of 2018, aggregate forex inflow through the CBN amounted to $14.51 billion, indicating a 12.3 per cent and 1.3 per cent increase over the levels in the preceding quarter and the corresponding period of 2017.

At the beginning of the year, the nation’s forex reserve stood at $43.075 billion and as at last Friday, it rose to $43.170 billion representing a marginal increase by $95 million.

According to the CBN Economic Report for Fourth Quarter 2018, the increase is as a result of the rise in both oil and non-oil receipts.

The Central Bank Governor, Godwin Emefiele, at the last Monetary Policy Committee noted that Nigeria has witnessed the convergence of the foreign market.

“As a result of the actions of the CBN, today all markets- in fact, the bureau de change market had come down to about N360. Today, they are even selling at slightly below N360.

“So, we have seen a convergence of the foreign exchange market in Nigeria today. When people sit and say that the economy has not done well, I think it is not a fair comment to be made both on government and monetary and fiscal authorities in the country today,” he said.

The CBN is a market participant at the I&E window to improve dollar liquidity and professional market conduct. 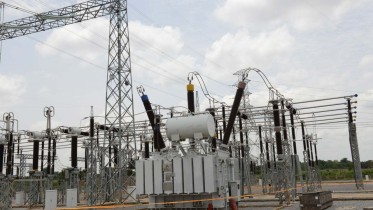