Brent crude oil, against which Nigerian crude is measured, traded at $67.45 a barrel at 4:25 pm Nigerian time.

Oil traders are optimistic crude oil will sustain its bullish run after Russian Energy Minister Alexander Novak said the world’s second-largest crude oil producer is on track to reach its pledged production cut of 228,000 barrels a day by the end of this month.

This, analysts at Investors King Ltd, believe boosted investors’ confidence that prices will continue to rise despite the surge in U.S production, especially when Venezuela’s situation is factored in.

Venezuela’s ports, Jose and Puerto La Cruz, remained shut after a power outage halted exports on Monday. The two ports account for about 89 percent of the country’s total crude exports.

Also, a survey conducted by Bloomberg predicted that government data due later today, Wednesday, will show a 2.5 million barrel decline.

The report from the API “failed to provide concrete price signals,” said Stephen Brennock, an analyst at PVM Oil Associates Ltd. in London. “Yo-yo price swings have become the norm in the oil market.”

Still, OPEC+ commitment is proven to be effective even with the U.S objection and call for lower oil prices to further enhance consumer spending in the world’s largest economy.

Nigeria, however, is producing oil at the fastest pace in almost three years, and presently pumping 2.02 million barrels a day so far in March.

While this normally would have impacted global supplies and hurt rising prices, disruptions of exports in Venezuela, Lybia and other regions are aiding OPEC+ strategy. 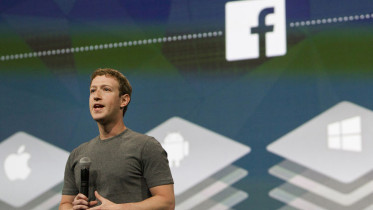 Mark Zuckerberg and his wife pledged to give away virtually all of their $46 billion in Facebook Inc. shares, setting a new philanthropic benchmark by…