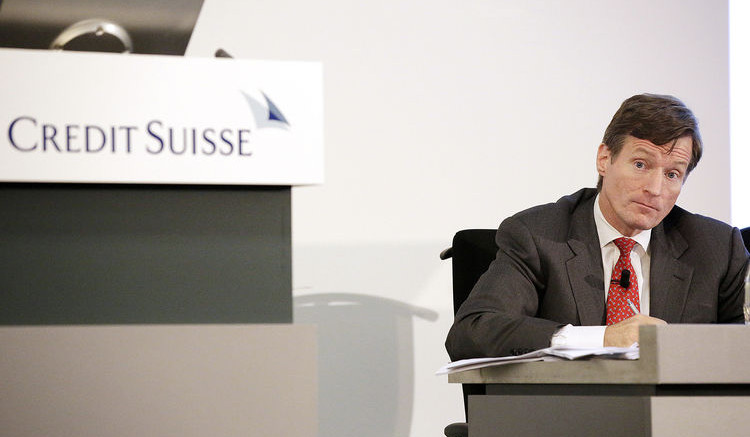 The seeming dissolution of the Organization of Petroleum Exporting Countries prompted oil to end this week on a poor note, and more negative catalysts proceeded to emerge. Forecasts of a milder winter, the Venezuelan elections, and the start of a five-day “contract roll” period have all combined to add to the selling pressure, according to Credit Suisse, but this rout may have nearly concluded.

“It is clear to us that technically speaking we may not be that far away from a true bottom,” asserts Jan Stuart, the bank’s global energy economist.

The structure of the Brent futures curve—which lays out the current price of oil for a series of future dates—shows just how pessimistic investors have become on oil, according to the economist.

“We like to keep an eye on the long end of Brent curves because we think it reflects ‘expectations’ and ‘sentiment’ more clearly,” he wrote. “Simply put, the long-dated part of oil futures curves generally involves more managed money (speculative) flow than commercial flow—since most real hedging has a shorter operational time line of six to 18 months, and the few big projects or deals that need long-dated ‘insurance’ add up to little open interest.”

On that note, Brent futures three years out dipped below their 2009 trough this week, hitting their lowest level since 2005:

“[Price] expectations about the future of oil are more bearish than they were even in the depths of the global financial crisis in early 2009,” said the economist.

Widespread pessimism, however, is not a sufficient impetus to spark a recovery. Just look at widely despised energy stocks, which have continued to reward shorts.

But while sentiment is depressed, the fundamentals are less so than they were in 2009, Stuart contends.

“We also have been saying that the fourth quarter of this year would be perilous and expressed concern that new lows might be hit,” he concludes. “It is just that we are not in the ‘lower-forever-more’ camp.”

Credit Suisse projects that Brent crude oil will trade above $60 per barrel in the second half of 2016.

Stock Market: Investors Resume Profit-taking Ahead of Elections Investors in the nation’s stock market have started taking profits from equities ahead of the presidential elections….