International investors eye the African market, which is described as new frontier for economic development.

This has attracted global companies to invest in the aviation sector of some African countries.

But Nigeria despite its vigorous campaign for foreign direct investment and huge opportunities as the most populous country in the continent, has been unable to attract foreign investors in its aviation sector.

The only interest shown in the sector by foreign institution was the loan given to the country by the Chinese Exim Bank for the development of four terminals in major four airports in the country with a proviso that those facilities must be built by Chinese company.

But elsewhere, foreign investors commit funds and technical expertise to development of airport facilities.
For example, the Blaise Diagne International Airport, Dakar, which is one of the biggest airports in Africa, was completed and is being managed by SUMMA Airports.

The Turkish company believes that Africa’s aviation sector growth would exceed global average in the near future, so the time to invest in the sector is now.

A director in the company, Yildirim Ören said the company is now building several airports in Africa.
“The aviation sector in Africa is booming and has very good light for the future and we are very much excited about this.”

“We are also excited to commit these investments in African countries because we believe in the growth of the sector. We will do our best to support the aviation sector in Africa and we will continue in this business,” he said.

In addition to operating the airport in Dakar, SUMMA is constructing airports in Niamey Airport in Niger and Khartoum Airport in Sudan, all under Build Operate and Transfer (BOT) contracts of between 25 and 30 years operating periods.

In the same vein, many international carriers are partnering with African airlines or are operating as local carriers in some countries, like the British Airways Comair in South Africa.

Also, Ghana Airport Management Company has taken commercial loans to build the new Kotoka terminal, it is also building a new terminal at Tamale and the company is attracting foreign partners to invest in the airports.

But in Nigeria, international airlines that have been operating for several years do not have any investment in the country. Their operating offices are on rent, but some of them are willing to invest in other African countries.

Uko said that one of the major reasons why Nigeria is not attracting foreign investment is policy inconsistency, noting that all the airport concession agreements Nigeria entered into ended up in controversy.

While it is acknowledged that Bi-Courtney Aviation Services Limited (BASL) build the best airport terminal in the country, the domestic terminal at the Lagos airport, MMA2; the Federal Airports Authority of Nigeria (FAAN) and BASL are in court over the tenure of the concession.

Also, the joint venture between Virgin Atlantic Airways and Virgin Nigeria Airways ended in controversy because of what some industry experts attributed to policy inconsistency and lack of respect for agreements.

A major airline operator in Nigeria said, “Whenever you invite foreigners to come and do business in Nigeria, they will remind you of Virgin Atlantic Airways, Richard Branson’s frustration with Nigeria.

“I suggest that Nigerian government should go, and hold talks with that man because he was not treated well. Before you sign any agreement make sure that you don’t leave possibility of afterthought. We are suffering from what he said about us,” the operator said.

When the Chairman of Virgin Atlantic pulled out of the now defunct Virgin Nigeria Airways, he said, “We have Virgin’s ill-fated footsteps by setting up a new airline in Africa in conjunction with Nigerian government the details of the doomed attempts to crack the Nigerian market in the 2000s is better imagined…we put …together a very good airline-the first airline in West Africa that was ever IOSA/IATA (IATA Operational Safety Audit) operational safety audit accredited but unfortunately it got tied down to the politics of the country…we led the airlines for 11 years…

Industry observers said the Nigerian government should review its institutions and develop policies that would encourage foreign investment in all sectors of the economy.

Executive Chairman of Airline Operators of Nigeria (AON), Nogie Meggison said for Nigeria to build a hub and improve passenger traffic, it must change its policies in the aviation industry.

Kachikwu: IOCs Interested in Investing over $15bn in Nigeria 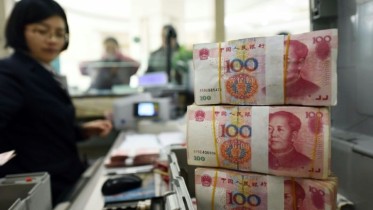 Real Sector Gets CBN’s $2.5b Forex in Four Months Amid foreign exchange scarcity, the nation’s real sector operators were able to access about $2.53 billion…