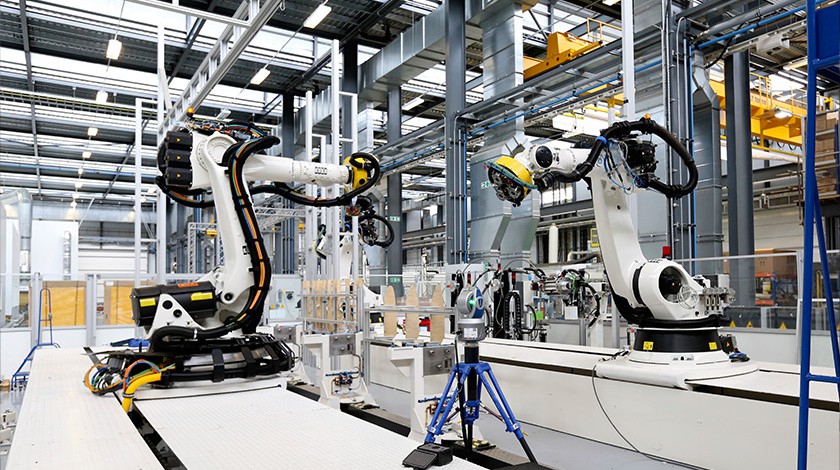 The manufacturing sector expanded at a slower pace in the month of March following a decline in raw material inventories and supplier delivery time as disruption in global logistics due to ravaging coronavirus weighed on the sector.

In the report released by the Central Bank of Nigeria (CBN) on Tuesday, the manufacturing Purchasing Managers’ Index (PMI) stood at 51.1 index points in March, down from 58.3 index points recorded in the month of February before the coronavirus pandemic. 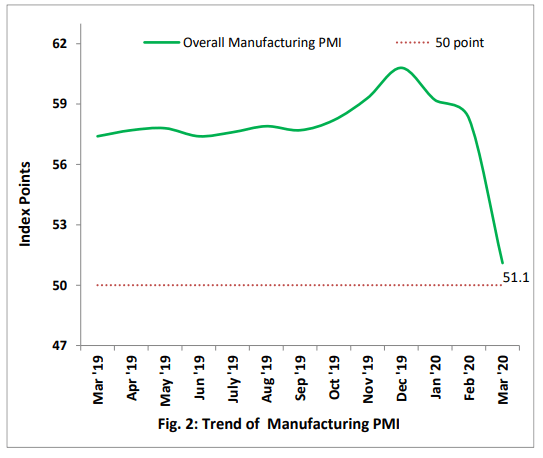 While the index has now expanded for 36 consecutive months, the drop in the rate of growth from 58.3 to 51.1 was the largest in recent years.

Similarly, production in the sector declined from 58.9 index points achieved in the month of February to 54.1 index points in the review month. Again, while index points above 50 levels indicate growth, the degree of decline from 58.9 to 54.1 shows the effect of coronavirus on the sector that depends largely on China for most of its raw materials.

According to the report, only 7 of the 14 subsectors surveyed recorded growth while the remaining 7 subsectors experience declines in production level. This was despite the production level in the sector expanding for the 37th consecutive month in March.

Demand also moderated in the manufacturing sector from 59.1 index points posted in February to 52.3 points in March, suggesting that growing shut down and disruption of global logistics are weighing on new orders. Five of the subsectors reported growth with two subsectors remaining unchanged during the month. Activities in the remaining seven subsectors declined in the month of March.

The gauge of supplier delivery time shows due to global restrictions that led to the disruption of global logistics, suppliers are finding it hard to meet demand. Therefore, delivery time contracted during the month to 49.4 index points, down from 58.4 index points achieved in the month of February. Making it the first month of contraction after 33 consecutive months of growth.

Employment in the manufacturing sector also contracted for the first time in 34 months in March. Job creation in the sector dropped from 56.4 index points to 47.1 points, suggesting that weak business activities in the sector have started hurting new job creation barely a month after the coronavirus hits the country.

The global economy has started to record significant slow down in growth as stated by the International Monetary Fund on Monday. The fund said global growth is currently negative and that the world should be prepared for a repeat of the 2008 economic crisis or something worse.

South Africa on Monday announced a 21-day lockdown to curb the spread of the virus after the total number of confirmed cases jumped to 554. That is a nation already in recession with little to zero fiscal space to cushion the economy.

The story is not different in Nigeria, Africa’s largest economy. The government was forced to cut the 2020 budget of N10.59 trillion by N1.5 trillion and also adjusted the foreign exchange rate of local Naira to reflect the current economic fundamentals.

While the number of confirmed cases (44)  were fewer than South Africa, the rate of increase remains a concern as more than 32 of that number were reported in the last 6 days.