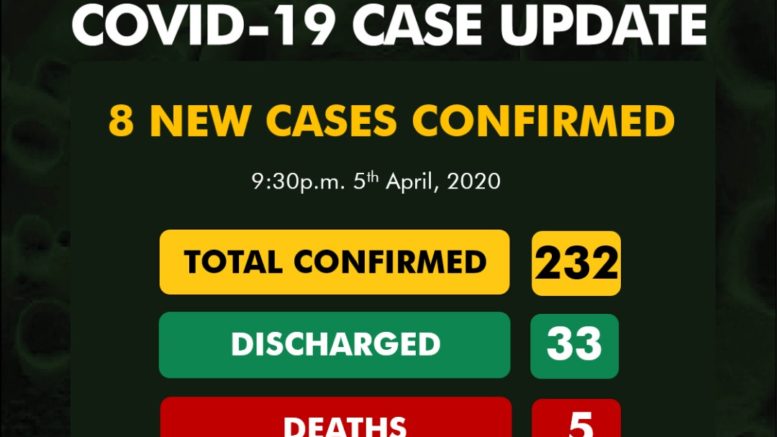 The number of confirmed coronavirus cases rose to 232 on Sunday, according to the Nigeria Centre for Disease Control.

The centre announced eight new cases on Sunday with five of the cases from Lagos, the commercial capital of Nigeria.

Two of the cases were confirmed in Abuja and the remaining one was reported in Kaduna State.

NCDC said “As at 09:30 pm 5th April there are 232 confirmed cases of #COVID19 reported in Nigeria. Thirty-three have been discharged with five deaths.”

The virus has killed more than 50,000 people and infected over a million globally, according to the World Health Organisation (WHO).

In Africa, the number of confirmed cases rose above 7,500 this weekend with around 400 deaths. African finance ministers have said they need $100 billion to cushion the effect of the virus on the continent and protect at least 30 million jobs.

The ministers, in their second virtual meeting, agreed that the continent financial partners like the World Bank, International Monetary Fund and others should grant them debt relief for at least 2 to 3 years to enable them to deal with the impact of coronavirus.

The global economy is expected to lose at least $4 billion with America and the Euro-area at the forefront of global damages. The US has already lost 10 billion jobs and expected to lose even more if the spread of COVID-19 is not contained.

Be the first to comment on "COVID-19: Confirmed Cases Inched Higher to 232" 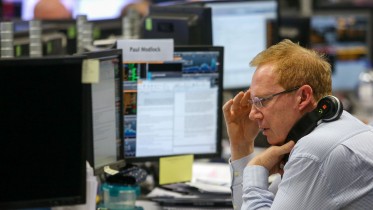 U.S. Stocks, Oil Rise as Dollar Slips Before Fed U.S. stocks edged higher as crude rebounded from a November low, while Treasuries advanced and the…