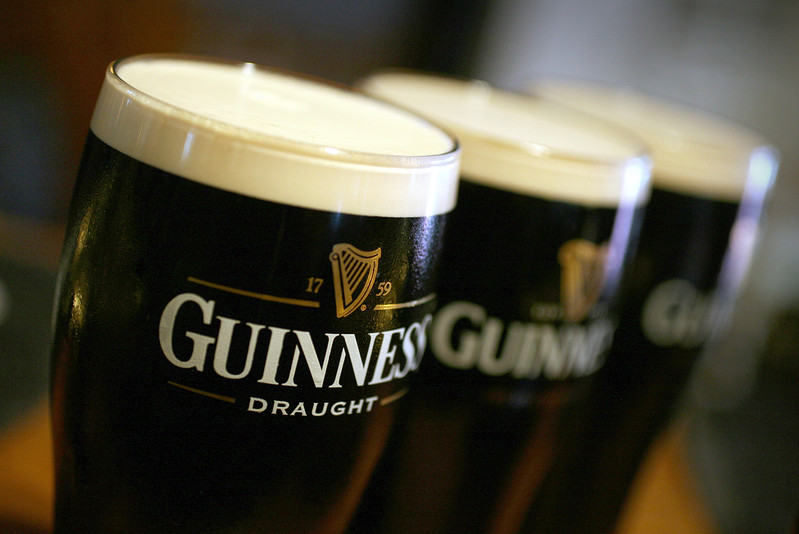 A Lagos High Court yesterday adjourned the suit filed by one of Nigeria’s brewing giants, Guinness Nigeria Plc against the National Agency for Food and Drugs Administration and Control (NAFDAC) till February 8, 2016 to enable parties meet for amicable resolution of the dispute.

Justice Wasiu Animahun adjourned the suit following submissions of counsel that a meeting is ongoing to resolve the matter out of court.

NAFDAC had imposed N1 billion fine on Guinness “as administrative charges for various clandestine violations of NAFDAC rules, regulations and enactments over a long period of time.”

The agency had in a letter addressed to the Managing Director of Guinness, Peter Ndegwa, by the Head, Investigation and Enforcement of NAFDAC, Kingsley Ejiofor, requested the payment of the N1billion as administrative charges for infractions such as the destruction activities carried out by the company without the authorisation and supervision of the agency.

The agency also accused Guinness of revalidating expired products without authorisation and supervision by NAFDAC, as well as failing to secure the gate of its warehouse as the raw materials used in the production of beer and non-alcoholic beverages by the firm were permanently opened to intrusion and exposure to the elements and rodents, which “invariably affect the integrity of the raw materials.”

Guinness was also alleged to maintain poor documentation record and not complying with conditions contained in the certificate of validation of the revalidated malt extract, which required the storage of the items in cool and dry place and elimination of exposure to sunlight.

Dissatisfied with the N1 billion fine, Guinness approached the court asking it to restrain NAFDAC and the Attorney-General of the Federation from enforcing the sanction pending the determination of the suit.

When the suit came up yesterday for mention, counsel to Guinness Plc, Mr. Olasupo Shasore (SAN), told the court that representatives of Guinness and that of NAFDAC are meeting on the sanction imposed on the company, adding that he was hopeful the matter could be resolved.

Addressing the court, NAFDAC’s lawyer, Mr. O M Abutu, acknowledged that parties met last Monday but that he was not privy to what actually transpired at the meeting.

He said: “I confirm that the applicant (Guinness) met with the agency yesterday, but I was not part of the meeting and I have not been briefed about the outcome of the meeting’’
Abutu urged the court to adjourn the matter to enable the Agency reply to the originating process filed by Guinness and for possible out of court settlement of the matter.

In his submission, counsel to the Attorney General of the Federation, Mr. T Mokuolu, said he had no objection if parties decide to resolve the issue out of court.

Guinness Plc had in its originating motion prayed the court for an order restraining NAFDAC and AGF from imposing any sanction on it other than as recorgnised by law and the constitution.

The company also asked the court for a perpetual injunction restraining the respondents from imposing/or continuing to impose any sanction whatsoever on it.

The applicant is also asking for a declaration that NAFDAC refused to grant it an opportunity to be heard in relation to the allegation.

The company urged the court to declare the fine imposed by NAFDAC violated it right to fair hearing as guaranteed under section 36(1) of the Constitution.

Justice Animahun had in a ruling delivered on December 14 restrained NAFDAC from enforcing the N1 billion fine pending the hearing and determination of the suit.

The matter has been adjourned till February 8 for mention.