Coronation Merchant Bank Limited has announced a profit before tax of N5.3bn for the year ended December 31, 2016.

Speaking at the bank’s Annual General Meeting in Lagos, the Group Managing Director/Chief Executive Officer, Coronation Merchant Bank, Abu Jimoh, thanked stakeholders at the AGM for their continued support in ensuring the bank was able to return maximum value to them.

He said, “Despite the harsh operating environment witnessed during the year, the bank sustained its tradition of delivering exceptional performance across all financial indices through an intense focus on innovative product offerings, excellent service delivery as well as prudent cost control and risk management practices.

Be the first to comment on "Coronation Merchant Bank Posts N5.3bn Pre-tax Profit" 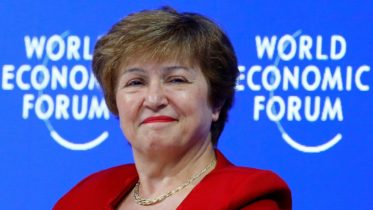 Kristalina Georgieva is the New IMF Director Following the resignation of Christine Lagarde as the Managing Director of the International Monetary Fund, the fund has…