The Nigeria Employers’ Consultative Association has expressed concern over the failure of the Central Bank of Nigeria to comply with the Court of Appeal’s ruling directing all Deposit Money Banks to discontinue charging N50 on every deposit into current accounts above N1,000.

The employers’ group, in a statement on Monday, stated that the banks had failed to obey the court ruling in a case between Kasmal International Services Limited and Access Bank and 23 others.

NECA recalled that the CBN had directed the banks to commence the deductions, which did not only affect corporate bodies but all Nigerians, including the very vulnerable ones.

The Director-General, NECA, Mr. Segun Oshinowo, said organised businesses in the country had opposed attempts by the Nigeria Postal Service to compel companies to affix N50 postal stamp on all receipts, invoices and documents evidencing transactions of N1,000 and above.

He said the association had also kicked against the apex bank’s directive to the DMBs based on its illegality and in the light of pending litigation in the courts on the matter.

Oshinowo noted that there had been a landmark ruling in the case at the Court of Appeal on the subject matter between Kasmal International Services Limited and Access Bank and 23 others, which declared the deductions as illegal.

The statement read in part, “The Nigeria Employers’ Consultative Association has expressed grave concern over the failure of the CBN to reverse its earlier directive to all Deposit Money Banks to halt the charging of N50 per eligible transaction in accordance with the assumed provisions of the Stamp Duties Act and the Federal Government Financial Regulations, 2009.

“The CBN is hereby advised to do the needful without delay by directing cessation of further deductions and commence the refund of all accrued deductions in the past to bank customers.”

“NECA urges the Buhari administration to restrain its operatives from pursuing policies that will increase the burden on the citizenry, both corporate and individuals. It affirmed that stamp duty’s applicability is limited to purchases involving large sums like a house purchase or importation of goods as against the position of applying N50 postage stamp to all receipts given by any bank (or financial institution) in acknowledgment of services rendered in respect of electronic transfers and teller deposits.”

Be the first to comment on "Comply With Stamp Duty Ruling, NECA Tells CBN" 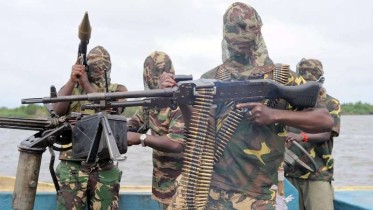 U.K. Investors to Visit Nigeria Over Rejection of Yam Export