The President and Chairman of Council, Chartered Institute of Taxation of Nigeria, Chief Cyril Ede, has said that efficient taxation system is capable of fostering the development of the country.

In a statement, he said this during the 39th induction ceremony of the institute, where 724 new members were inducted in Lagos.

The CITN president said, “There is a pertinent question that may be on the minds of people, at this point in time, which is the renewed emphasis by government on taxes to fund its activities and development projects.

“It is the right way to go and the most sustainable source of revenue for governments, to date. Experience from other jurisdictions attest to this fact, as developed countries have been able to leverage on effective and efficient tax systems to drive development and good governance for their citizens.

“In ensuring our country benefits from an efficient tax system, tax professionals have a role to play to assist government. This is the role our members are assuming in diverse areas.”

He explained that globally, taxes had become the most sustainable source of revenue for government to date, noting that developed countries had been able to leverage effective and efficient tax systems to drive development and good governance for their citizens.

He added that some policy initiatives for the tax system such as the recently concluded Voluntary Assets and Income Declaration Scheme, the Voluntary Offshore Assets Regularisation Scheme among others were part of government concerted efforts aimed at raising the abysmal level of the country’s tax collection effort measured against its Gross Domestic Product.

Ede called on tax professionals to play their role in assisting government in ensuring that tax policies succeed in the country.

Be the first to comment on "CITN Seeks Efficient Taxation System" 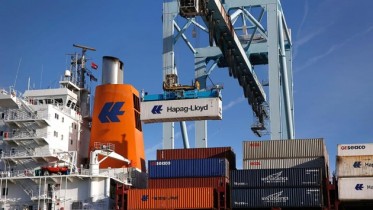