China said on Monday the value of its currency is driven by market forces and that it has no intention to devalue the yuan to help exports, after Washington said it was monitoring the currency’s weakness amid the escalating bilateral trade row.

The Chinese Foreign Ministry also said that threats and intimidation on trade would never work on China, after U.S. President Donald Trump said he was ready to impose tariffs on all $500 billion of goods imported from the country.

At a daily news briefing, ministry spokesman Geng Shuang was asked about comments on Friday by U.S. Treasury Secretary Steven Mnuchin, who told Reuters the yuan’s weakness would be reviewed as part of the Treasury’s semi-annual report on currency manipulation, which is due on Oct. 15.

Mnuchin’s comments were the first since the early days of the Trump administration in 2017 that raised the prospect of designating China as a manipulator.

Geng said the value of the yuan was subject to the forces of demand and supply, and that healthy economic performance offered support for its level.

“China has no intention to use means like the competitive devaluation of its currency to stimulate exports,” he said.

While the ministry has no say in currency policy, it is the only government department which holds a daily news briefing that foreign reporters can attend.

Neither the People’s Bank of China nor the State Administration of Foreign Exchange responded to requests for comment on Mnuchin’s remarks.

China’s yuan CNY=CFXS, battered by the trade brawl and strong dollar, has lost more than 7 percent against the greenback since the end of the first quarter.

Around $505 billion of Chinese goods were imported to the United States in 2017, leading to a trade deficit of nearly $376 billion, U.S. government data shows. Chinese imports from the United States totaled $205 billion in the first five months of 2018, with the deficit reaching $152 billion.

“We advise the U.S side to remain calm and maintain a rational attitude,” Geng said. 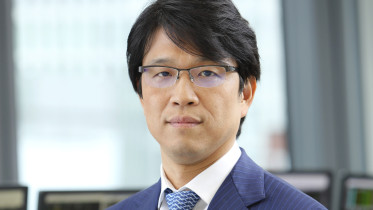