The Central Bank of Nigeria (CBN) is expected to settle OTC FX Futures contract to the tune of $270.6 million on the interbank market this Wednesday.

The transaction to be settled on the FMDQ OTC Securities Exchange would be the fourth futures contract to mature since the introduction of the flexible FX regime.

But analysts anticipate that the central bank would open a new futures contract expected to mature October 2017.

Afrinvest West Africa Limited, which disclosed this explained: “In the week ahead, the central bank will be settling US$270.6 million in open futures contracts maturing 26th October 2016. We expect the apex bank to open a new October 2017 futures contract with a total value of $1.0bn to replace the maturing instrument.

“However, we believe rate at the parallel market will be pressured in the weeks ahead on the back of the apex bank’s decision to maintain status-quo on the suspension of 19 banks from dollar sale to BDCs, suspension of naira debit cards for FX transactions and Travelex’s inability to meet the rising foreign currency demand from BDC operators,” Afrinvest stated.

In an effort to meet part of the pent up demand for foreign exchange by critical sectors of the economy, the central bank last week allocated $314 million to Nigerian banks for onward sale to their customers through Special Secondary Market Intervention Retail Sales (SMIS).

According to a CBN source, the intervention, which was a sixty-day forwards sale, was aimed specifically at meeting the FX payment of matured obligations for the importation of agriculture and industrial raw materials, machineries and equipment as well as spare parts and ticket sale remittances for airlines.

He said in order to ensure that these sectors continue to enjoy the support of the banking system in sourcing raw materials and machinery the chief executives of deposit money banks (DMBs) signed undertakings to open new letters of credit (LCs) equivalent to the amount of forwards receive for each of the sectors.

“Therefore, this round of sales was meant to meet both matured obligations and finance new trade LCs,” the senior CBN official had said.

At the close of the intervention, he said the CBN received valid application (that is those that met the criteria stipulated in the circular for the auction) amounting to $814,208,535.82. Of this amount, it intervened with the sum of $313,916,711.09.

In fulfilment of its pledge to fund forward sales under the flexible FX regime, the CBN also guaranteed letters of credit (LCs) for importers to ship in required goods.

A statement from the acting Director, Corporate Communications Department, CBN, Mr. Isaac Okorafor had explained that the move by the CBN to settle the 60-day forward sales would further ease pressure on the naira and improve market liquidity.

Be the first to comment on "CBN Set to Settle $270.6m FX Futures Contract This Week" 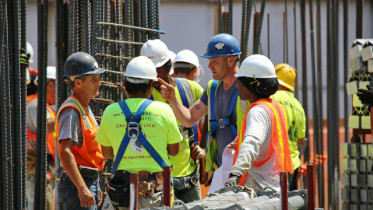 Credit to Private Sector Rises to N22.2tn Banking sector credit to the private sector increased year-on-year to N22.172 trillion at the end of July 2017,…